In contrast to general turning measures and the Scale for the Assessment and Rating of Ataxia score, lateral velocity change allowed detecting longitudinal changes in 1-year follow-up recordings. 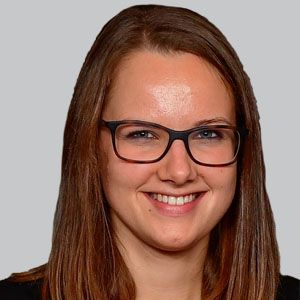 Led by Annika Thierfelder, MSc, PhD student, University Clinic Tubingen, the analysis recruited a total of 30 subjects at an ataxia or preataxic stage of degenerative cerebellar diseases (DCDs) from a cross-sectional study and 14 individuals from a longitudinal, 1-year observational study and compared them to 23 HCs. Turning movements were recorded in 2 supervised conditions and 1 unsupervised condition in real life as the main target condition.

Three Opal inertial sensors (APDM Wearable Technologies) were attached to both feet and to the posterior trunk at the level of L5 with elastic Velcro bands. To capture the impact of disease on subjective confidence in daily living, subjects with DCD were asked to self-report their balance confidence using the activity-specific balance confidence (ABC) scale and 2 specific questions about turning movements.

Between those with DCD and HCs, there was no difference in general turning measures. In contrast, LVC and OutwardAcc revealed group differences for all turning conditions, specifically between those with ataxia and HC (P <.006), with highest effect sizes (δ > 0.68) in the RLT condition. Moreover, the LVC revealed differences between preataxia subjects and HC for the RLT condition (P = .029; δ = 0.53). Among a subgroup with genetic mutations in SCA1/2/3, this difference was confirmed, also with a large effect size (P = .007; δ = .82).

"Although we could not show any influence on non-ataxia symptoms on our movement measures on the group level, nonataxia symptoms might have an influence on a genotype- or individual level," Thierfelder et al wrote. "Therefore, larger multicentric future studies focusing on real-life behavior with a higher number of preataxic subjects and sufficiently powered for genotype-specific analyses are required to demonstrate the promises of our measures."

To further analyze sensitivity to ataxia severity, investigators correlated the turning measures with the Scale for the Assessment and Rating of Ataxia (SARA) score. Of the general turning measures, mean velocity and number of steps showed correlations only for the SFT condition; however, there was documented correlations between LVC and OutwardAcc to the SARA score across all turning conditions, with the highest effect size (P = .79) for real-life turning. The LVC measure was also found to be highly correlated with patient-reported balance confidence in activities of daily living, as assessed by the ABC score (P <.001; effect size, P = .66).

Using the longitudinal cohort, investigators analyzed whether the turning measures would detect changes in real life at 1-year follow-up. While the SARA score (P = .26; effect size rprb = .034) and general turning measures failed to detect these changes, paired statistics revealed differences between baseline and follow-up for LVC (P = .03; rpnb = .66). The longitudinal increase observed in LVC indicated a more pronounced acceleration in the outward direction of around 21% of the difference between HC and DCD at baseline.

Thierfelder and colleagues concluded that the "study might have prepared first steps toward developing regulatory approval of digital-motor biomarkers as endpoints for future treatment trials in DCDs, demonstrating (1) their power as ecologically valid biomarkers by capturing motor behavior in real life, (2) their correlation with both clinical ataxia severity and patient-reported balance confidence outcomes, (3) their sensitivity to subtle changes longitudinally and at early disease stages. These early disease stages of DCD will be crucially important for upcoming molecular treatment trials aiming to prevent disease progression."