The exploratory end point of the ability to thrive in symptomatic patients was met by 30% of those in a subanalysis of STR1VE-EU, compared to none in the comparative Preclinical Neuromuscular Clinical Research study. 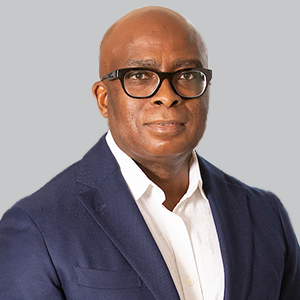 Newly published data showed that treatment with onasemnogene abeparvovec (Zolgensma; Novartis) demonstrated age-appropriate milestone development in presymptomatic children with spinal muscular atrophy (SMA), as well as improvements in motor function in patients with SMA Type 1 not seen in the natural history of the disease.1,2,3

SPR1NT, an open-label, single-arm, multi-center trial, evaluated the agent in presymptomatic patients with SMA aged 6 weeks or younger with 2 or 3 copies of SMN2. The data showed that all patients (n = 14; 100%) achieved the primary end point of sitting independently for at least 30 seconds, including 11 (79%) who achieved this milestone within the World Health Organization (WHO) window of normal development.2

Most notably, all patients were independent of nutritional and respiratory support for the duration of the study. Nearly all patients (13 of 14) achieved the additional secondary efficacy end point of age-appropriate weight maintenance without non-oral feeding support at any visit up to 18 months of age.

READ MORE: Vamorolone Efficacious in Treatment of DMD, Superior to Prednisone in Safety

"With more than 1200 children now treated, these data presented at EAN further reinforce the life-changing benefit of a one-time treatment of Zolgensma,” Shepard Mpofu, MD, senior vice president, chief medical officer, Novartis, said in a statement.1 “When treated with Zolgensma prior to the onset of symptoms, not only did all patients survive, but were thriving—breathing and eating on their own and sitting independently, with many standing and walking. When you consider these newborns would go on to develop severe symptoms of SMA Type 1, a devastating, progressive disease that robs children of the ability to talk, eat, sit up and even breathe, findings from the SPR1NT trial are nothing short of extraordinary."

After dosing, all patients experienced at least 1 adverse event (AE), 10 (71%) of which were treatment related. Five patients had serious AEs, all of which were resolved and were not considered related to treatment.

Contrary to the natural history of patients with SMA type 1, all patients treated with Zolgensma achieved or maintained a Children’s Hospital of Philadelphia Infant Test of Neuromuscular Disorders (CHOP-INTEND) score of at least 58. A separate analysis from SPR1NT that includes 15 patients with 3 copies of SMN2 treated with the therapy is currently ongoing but was not reported with this dataset.

STR1VE-EU evaluated patients with SMA Type 1 who had biallelic SMN1 gene deletion or point mutations and 1 or 2 copies of the SMN2 backup gene.3 The study was also distinct in its broadened inclusion and exclusion criteria of enrolled patients compared to that of the START or STR1VE-US clinical trials. Lower CHOP-INTEND scores and additional need for nutritional and ventilary support were documented among these patients.

Of the 33 patients enrolled in the study, 27 (82%) achieved developmental motor milestones not observed in the natural history of SMA Type 1. The primary end point of sitting independently for at least 10 seconds was achieved in 44% (n = 14) of the intention-to-treat (ITT) population, observed at a median age of 15.9 months.

Excluding 3 patients who had control at baseline, 23 of 30 patients (77%) achieved head control with treatment, while 19 of 33 (58%) rolled from back to sides and 16 sat without support for at least 30 seconds. Notably, 2 patients stood without assistance, as well as 1 who crawled, stood, pulled to stand, and walked without assistance, all by 18 months of age.

"This is a remarkable outcome that adds to the robust body of clinical evidence for Zolgensma showing that even among patients with more severe disease, Zolgensma was highly effective and demonstrated a consistent safety profile,” Eugenio Mercuri, MD, PhD, Department of Pediatric Neurology, Catholic University, said in a statement.1

The ability to thrive, an exploratory end point in symptomatic patients, was met by 7 (30%) of the 23 patients in this subpopulation, compared to none reported in the Pediatric Neuromuscular Clinical Research (PNCR) study. Furthermore, age-appropriate weight maintenance was experienced by 65% of the population at 18 months.

One patient included in STR1VE experienced a serious AE of hypoxic-ischemic brain damage and respiratory distress that resulted in death; however, Novartis and the investigators concluded it was not related to treatment with Zolgensma.

In May 2019, the FDA approved Zolgensma for the treatment of SMA in pediatric patients aged 2 years or younger with mutations in the SMN1 gene. It became the first and only gene therapy approved for SMA, including patients who are presymptomatic.