Similar rates of successful clinical and procedural EVT outcomes were reported in patients with and without prestroke disability; however, prospective studies are needed to confirm this finding.
By: Jenna Payesko
Published: May 23, 2019 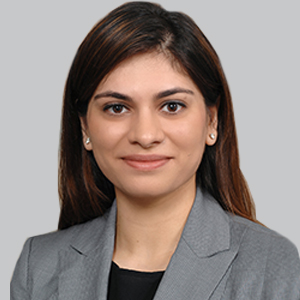 Eva Mistry, MD
Results from a retrospective, single-center comparative analysis show that patients with and without prestroke disability demonstrate similar rates of successful clinical and procedural outcomes after endovascular therapy.1

The analysis looked at patients trichotomized based on prestroke modified Rankin Scale (mRS) 0 or 1: no significant (mRS 0 to 1), moderate (mRS 2 to 3), and significant disability (mRS 4 to 5). Investigators compared the proportion of patients that had a successful 90-day outcome, while secondary outcome measures included successful recanalization, symptomatic hemorrhage, and in-hospital death.

Eva Mistry, MD, of the department of neurology, Vanderbilt University Medical Center, spoke with NeurologyLive in an interview about the results from the outcome analysis that was presented at the 2019 American Academy of Neurology (AAN) Annual Meeting in Philadelphia, Pennsylvania.

NeurologyLive: What were the main findings of this study?

How do these patients differ from those with prestroke disability, in terms of how they need to be treated?

What are the clinical implications of this analysis?

Our results should be interpreted with an important limitation that we are underpowered to make a definitive claim for non-inferiority of endovascular treatment in patients with prestroke disability.

Were any of the data surprising or unexpected in any way?

We did not find this finding surprising. In fact, they uphold our initial hypothesis that patients with prestroke disability have similar likelihood of retaining their baseline functional status compared to those without any baseline disability. We also found that procedural success, defined as achievement of successful recanalization, was similar between these groups. We also showed that the rate of most feared complication of acute stroke treatment, symptomatic intracerebral hemorrhage, was similar between the 2 groups.

What still needs to be done to confirm this approach?

Prospective multicenter studies are needed to confirm our findings. These studies may uncover institutional differences in outcomes of endovascularly-treated patients with prestroke disability. Further, evaluation of barriers in terms of clinician behavior for implementation of endovascular treatment in these patients should be undertaken.