The director of the Dartmouth Epilepsy Program and chairwoman of AES 2020 discussed some of the major topics from the previously completed annual meeting and where epilepsy research is trending. 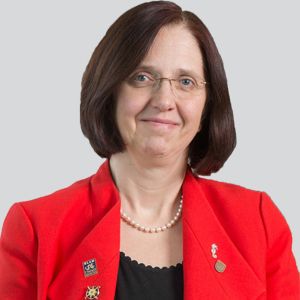 The 2020 American Epilepsy Society (AES) Annual Meeting was filled with hundreds of abstracts and research, along with a number of notable symposiums that overviewed the direction the field is shifting towards. The amount of research was overwhelming, even for Barbara Jobst, MD, who chaired the meeting.

From gene therapy, neuromodulation, epilepsy surgery, real-world and longitudinal studies, and much more, the variety in research served as a reminder to the progress clinicians within the field have made. Jobst, who serves as the director of the Dartmouth Epilepsy Program, claims that COVID-19 also played a major role in how research is conducted, as well as research that studied its effects on patients with epilepsy.

We caught up with Jobst to get her post-conference perspective, including her thoughts on some of the more notable trends observed, new innovations and technology, and the greatest unmet needs within clinical care.

NeurologyLive: When you look back at the recent conference, what's the first thing that comes to your mind?

Barbara Jobst, MD: The first thing that comes to mind is that we pulled it off, despite converting to a virtual setting, we were able to be successful with it. We did not know how this would come out. We were able to pull off the whole conference very well in a virtual environment and all the people who worked really hard on it should get the credit for making it so successful.

Were there any epilepsy treatments that were featured that caught your eye?

The big topic was epilepsy at the time of the COVID-19 pandemic. That included ways of how to conduct telehealth, which has been crucial to us. Another major highlight was listening to Edward Moser, who had gotten the Nobel Prize in 2014 for his work on place cells in rodents. In epilepsy, we have a window to the brain with research using intracranial electrodes. He spoke to use about how what he does translates to some of the work that we are doing in that specific field. That was definitely a highlight of the meeting.

Would you say that with the influx of new treatments, the need for real world and longitudinal studies has never been greater?

Anything that is new that comes out of a clinical trial has to be checked in the real world. Oftentimes, things become apparent after they’ve been approved. Clinical trials usually have a very select population, which is not quite the real world. For that reason, a lot of these phase 4 studies or real-world studies are important. A lot of things can come out of these. Sometimes we find that those drugs are actually good for something else. We should study everything that we do. To the patients who receive drugs in a clinical trial setting, we should find the outcome of their treatment. That type of data research is being done in cancer and has shown great results. I don’t think we’re there in neurology just yet, but it’s definitely important to keep looking at these real-world studies.

Where do you feel the greatest gaps of need are within epilepsy?

Of note, we had a symposium that discussed the negative effects of treatments and how they weigh in comparison to the positive effects given off. When I started in epilepsy nearly 25 years ago, there were about 30% of patients who still had seizures, despite our efforts. Now, we’re making some headway in that area, but not great headway. The next thing I noticed is that maybe we could find more alternative ways of helping these patients without taking out pieces of the brain. We’ve made some headway with brain stimulation and similar types of models, but there are still far too many people in this world that can’t live a normal life because of their seizures. There are far too many people in this world who have cognitive issues because of their epilepsy, as well as far too many epilepsies that have not been identified, especially in the childhood setting. There’s still work to do, and I don’t think I will live long enough to see a world without seizures.

Among the abstracts and presentations that use innovative tools or technology, which stuck out to you?

A big discussion is centered around neuromodulation and neurostimulation and making surgeries less invasive using laser treatments and safely performing intracranial studies. We are still recording EEG from within the brain and haven’t found anything better. There’s a lot of technology focused on finding the onset within the brain, which is more engineering driven. There’s also a lot of basic science research on genetics as well. To add to that, a strong component was to go from the basic science to the clinical implications, and how basic science can inform clinical practice and vice versa. These are all things that I feel are very important. Epilepsy has always been at the forefront of these things, which should continue like that in the future.

Were there any specific trends observed that could potentially stay that way in the near future?

Certainly, genetics was a trend that I noticed, or at least better understanding the genetic underpinnings. Another trend was how Alzheimer disease and epilepsy are related. I’ve been in the field for a long time, so trends come and go. There’s always something that may come up, contribute to the disease, and then get pushed aside for the next big thing. To me this meeting was quite standard, and I’ve been to these meetings going on 23 years.

Did you feel as though there were any shift in epilepsy studies that were COVID-19-based?

The overall point is that we’re all affected by COVID in one way or another, and that we are still limited to doing studies because of COVID. For a while, we weren’t able to enroll anybody in our research studies. We currently have a situation that we cannot admit patients for intracranial studies because there are too many COVID patients in the hospital. It will certainly affect the research output, but luckily COVID has shown to not make epilepsy worse or cause greater seizures for these patients. Some of the research I’ve seen is about how COVID affects the brain through ischemic stroke, but the major taking home point is how we all had to take a crash course on telemedicine and technology. I would have not thought it would come to this but I’m okay with it. I’m now seeing patients through Zoom, which is perfectly fine.