Researchers found that patients with epilepsy that later died from SUDEP had an abnormal cardiac response after hyperventilation. 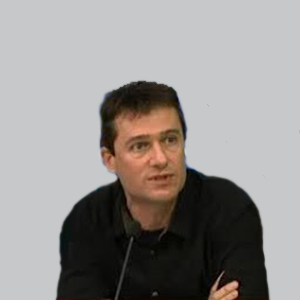 Data from a recent study published in Neurology suggest that most patients with subsequent sudden unexpected death in epilepsy (SUDEP) had an abnormal cardiac autonomic response to sympathetic stimulation by hyperventilation.

Investigators found that in patients who died from SUDEP, heart rate and root mean square of successive differences between normal heartbeats (RMSSD) did not change significantly during or after hyperventilation. A difference in heart rate between the end of the hyperventilation and 4 minutes after its end discriminated between SUDEP patients and control patients with an area under the curve of (AUC) of 0.870, a sensitivity of 85%, and a specificity of 75%.

“There is a currently unmet need for predictive biomarkers that identify patients with the highest risk of SUDEP. Given that functional alterations of the autonomic nervous system appear to have a critical role in the pathophysiology of SUDEP, heart rate variability (HRV) has been extensively studied, especially in interictal state,” wrote first author William Szurhaj, MD, PhD, professor, Université Picardie Jules Verne and Department of Clinical Neurophysiology, Amiens University Medical Center, and colleagues.

Szurhaj and colleagues conducted a retrospective, observational, case-control study of a group of 20 patients who died from SUDEP and 20 controls who were matched with the patients for epilepsy type, drug resistance, sex, age at electroencephalogram recording, age at onset of epilepsy, and duration of epilepsy.

A logistic regression model including the basal heart rate, dHR0, dHR2 and dHR4 yielded a sensitivity of 80% and a specificity of 95%. After regression, only dHRh4 remained a significant predictor (P = .012); heart rate (P = .289), dHRh0 (P = .715) and dHRh2 (P = .866) were no longer significant. The difference in the frequency of tonic-clonic seizures (GTCs) between the SUDEP and control groups was not significant (P = .097) but including the GTCs frequency and dHR4 in a regression model further demonstrated that dHR4 remained significantly different between SUDEP and controls after regression (P = .005).

“The novel data presented here show that patients who died from SUDEP had an abnormal cardiac autonomic response to hyperventilation-induced sympathetic stimulation, i.e., the absence of significant heart rate changes during and after hyperventilation. This procedure enables the straightforward calculation of the dHRh index, which might be predictive of the risk of SUDEP... The dHRh index could also be used to select patients at risk of SUDEP for inclusion in trials assessing protective measures,” Szurhaj and colleagues concluded.