REM Not Correlated With Increased Risk of SUDEP

Although the percentage of total seizures arising from REM was low, it is notable that 2 out of 26 patients (7.7%) had REM-onset seizures. 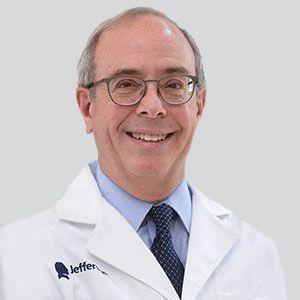 Data from a small sample study suggested that there is no correlation between rapid eye movement (REM) sleep onset seizures and the incidence of sudden unexpected death in epilepsy (SUDEP).1

Among a cohort of 26 patients who died of SUDEP, the frequency of seizures arising from REM sleep was 1.9% (2 of 107), comparable to the 1% frequency previously reported. The investigators noted that the lack of association may be in part because of the cohort was too small to find such association. The results were presented at the American Epilepsy Society (AES) Virtual Meeting, December 6–10, 2020.

Senior author Michael Sperling, MD, director, Jefferson Comprehensive Epilepsy Center, and Jefferson Clinical Neurophysiology Laboratory, and colleagues drew parallels to the MORTEMUS study, which found 12.5% of patients whose sleep stage was known at the time of terminal seizure was in REM sleep at the time of death.

Patients included in Sperling et al’s work had undergone video-encephalogram (EEG) monitoring and were recorded on each seizure and the state in which it arose. There was a male/female ratio of 1:1 among 26 patients, with a mean age at the time of monitoring and at the time of death of 31 (range, 14–55) and 34 (range, 18–57), respectively.

Data on the percentage of patients with seizure arising from each vigilance state showed that 42% were during sleep and wakefulness, 31% wakefulness only, 19% sleep only, and 8% with no seizures recorded. There were 22 (85%) patients who had a history of tonic-clonic seizure and 22 (85%) with a history of nocturnal seizures. The mean number of seizures per patient was 4.1 (range, 0–13) among a total cohort of 107 seizures recorded.

The study did have notable limitations, including the impact that inpatient hospitalization and antiepileptic medication taper on the natural sleep pattern, as well as the lack of control patients in this sample.

"In a power analysis, we calculated that several hundred control patients would be required to demonstrate a statistically significant difference, which was not feasible. Additional work in larger cohorts and utilization of ambulatory EEG data may be useful in further addressing the potential association of REM-onset seizures and SUDEP,” Sperling et al concluded.