An ongoing phase 1b/2a clinical trial showed that both the ACI-35.030 and JACI-35.054 vaccines are safe as a treatment for patients in the earlier stages of Alzheimer disease, the authors suggested ACI-35.030 suggested as the superior vaccine candidate. 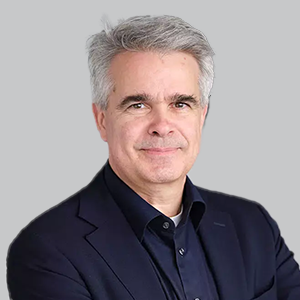 In a recent phase 1b/2a clinical trial (NCT04445831), both vaccinations of ACI-35.030 and JACI-35.054, first-in-class antiextracellular phosphorylated tau (pTau) vaccine candidates, were considered safe for the treatment of early diagnosed Alzheimer disease (AD) as there were no clinical safety concerns observed.1 The success of the vaccines in safety and tolerability provides a step forward for a possible option for long-term treatment and, potentially, the prevention of AD as well as other tauopathies.

Participants that received ACI-35.030 showed a high, specific, and sustained anti-pTau and anti- nonphosphorylated Tau (ePHF) IgG response, with an apparent dose-response between the low- and mid-dose with evidence of immunoglobulin class switch from IgM to IgG. Individual responder rates were high and consistent, especially for anti-pTau and ePHF antibodies.

The results from this clinical trial were presented in an oral communication abstract at the 2022 Clinical Trials on Alzheimer Disease (CTAD) conference, held November 29 to December 2, in San Francisco, California, by Johannes Streffer, MD, chief medical officer at AC Immune SA, Lausanne, Switzerland, and colleagues.

During the trial, the results showed that the IgG response displayed a mature and stronger preference for binding ePHF. Notably, the participants given JACI-35.054 showed a high anti-ePHF and anti-pTau IgG response where between the low- and mid-dose, and there was no apparent dose-effect observed. The response of the IgG in patients that received JACI-35.054 reveals the binding capacity to both pTau and the nonpathological, nonphosphorylated Tau. After 3 vaccinations were performed, epitope mapping was conducted for further investigation on the antibody response, specifically on the breadth and selectivity towards pathological pTau. As for the participants that were given ACI-35.030, the IgG response was shown to be more homogenous with a stronger disproportional binding to the end terminal antibodies.

“These results further elucidate the differences produced by the 2 vaccines as well as the conclusion of IgG maturation with ACI-35.030 and not JACI-35.054 over time. Finally, as expected, no antibody responses are observed in placebo-treated subjects,” Streffer et al wrote.

The study is an ongoing multicenter, double-blind, randomized, placebo-controlled trial. There were 8 participants for each dose-level subcohort, which were randomized in a 3:1 active/placebo ratio. There were 41 participants that were randomized in the 3 dose-levels of cohort 1, and 16 participants in the 2 dose-levels of cohort 2. The investigators left the option for expanding the subchorts to increase the sample for the assessment of the study up to 24 participants. The enzyme-linked immunosorbent assays were used to evaluate the antibody response in the participants and measure the progress of the binding of the antibodies over time. Also, for covering phosphorylated and nonphosphorylated epitopes, epitope profiling was used with a specifically developed assay.

The chosen population for the study included 50- to 75-year-old men and women diagnosed with mild AD or MCI because of AD based on criteria from the National Institute on Aging. Additionally, the participants were eligible for the study if their cerebrospinal fluid ß-amyloid 42 levels were consistent with AD pathology, they had a clinical dementia rating global score of 0.5 or 1 and a mini-mental state examination score greater than or 22. The patients were given injections of either ACI-35.030, JACI-35.054, or the placebo during weeks 0, 8, 24, and 48.

Streffer and colleagues noted, “overall ACI-35.030 emerges as the superior vaccine candidate in terms of responder rate, number of immunizations to achieve the initial antibody titer, homogeneity of the antibody response across subjects, epitope coverage, with evidence of antibody maturation towards pathologic forms of Tau. As both vaccines contain the same antigenic peptide sequence, the differences observed so far in antibody response can be ascribed to the different technologies used to present the antigenic peptide to the immune system.”1