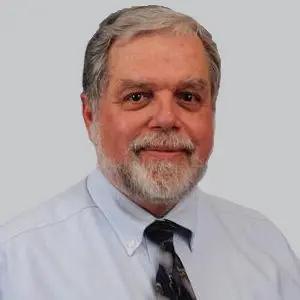 During one cycle of the ADAPT trial, 68.9% patients were treated with efgartigimod were deemed responders on the MG Activities of Daily Living (MG-ADL) scale, defined as a 2 or more point improvement, compared with 63.2%of those on placebo, and 52.6% were responders on the Quantitative Myasthenia Gravis (QMG) scale, reporting 3 or more point improvements, compared with 36.8% of those on placebo.1

The participants in the trial were those with AChR-Ab–gMG, who have limited treatment options and efgartigimod, a human IgG1 antibody Fc fragment, provides the potential in being a beneficial approach to the condition.1 James F. Howard, MD, Distinguished Professor of Neuromuscular Disease, and chief, Neuromuscular Disorders Section, University of North Carolina School of Medicine, and colleagues presented data suggesting that no clinically meaningful differences in safety or efficacy outcomes occurred between AchR-Ab+ and Ab– patients at the 2022 American Association of Neuromuscular & Electrodiagnostic Medicine Annual Meeting (AANEM), held September 21-24, in Nashville, Tennessee.

After 12 weeks of treatment with zilucoplan 0.3 mg/kg, almost three-fourths of patients demonstrated at least a 3-point reduction in Myasthenia Gravis Activities of Daily Living scores.

AchR-Ab– patients (n=38), including 6 muscle-specific tyrosine kinase-Ab+ individuals and 18 placebo patients who received efgartigimod as part of the ADAPT+ study, improved from cycle baseline in both MG-ADLwith 2-or-more to 7-or-more point improvements of 87.9% and 35.1%, respectively.1 Respectively, QMG scores of 3-or-more to 9-or-more point improvements were shown in 86.5% and 27.0% during cycle 1 of the integrated analysis. Improvements were seen consistently and similarly on both efficacy scales, which occurred across the span of at least 7 cycles.

AchR-Ab+ (n=129) and Ab–patients with gMG were evaluated in the ADAPT study by safety and efficacy of efgartigimod versus placebo.1 The main trial analysis included data from 37 AchR-Ab– patients (5 MuSK-Ab+) who received more than or 1 dose of efgartigimod in ADAPT/ADAPT+ through October 2020. As for the follow up, the mean was 453 days.

In another dataset presented by Howard et al on the ADAPT trial from AANEM 2022, findings suggested long-term efgartigimod treatment results in a consistent decrease in immunoglobulin (IgG) antibodies and repeatable improvement in function and strength.2 Observed across all cycles were repeated reductions in total IgG and AchR-Abs and positive efficacy results have been reported in phase 3 of the ADAPT study. During cycle 1, there were mean changes of –5.1 (SE, 0.32) in MG-ADL and –4.8 (SE,0.36) in QMG scores observed.2 The most common adverse events were mostly mild or moderate headache (22.3%), nasopharyngitis (10.8%), and diarrhea (8.6%).

Ninety percent (n=106) of ADAPT patients who entered ADAPT+ (n=151) were AchR-Ab+. They and AchR-Ab– patients (n= 33) received 1 or more dose of efgartigimod. In total, 66 patients who received placebo during ADAPT were included.2 Patients received a mean of 5.1 cycles of treatment with 20.5 infusions over a median duration of 371 days in the study. This then resulted in 138 patient-years of total observation, with a mean cycle duration of 61.4 days and 40.4 days between cycles. Efgartigimod was administered as 10 mg/kg intravenously in cycles of 4 weeks, as a once-weekly infusion, with subsequent cycles initiated based on clinical evaluation.