People with Down syndrome may be a suitable population for clinical trials for Alzheimer disease as prevalence ranges from 90% to 100% by the seventh decade of life. 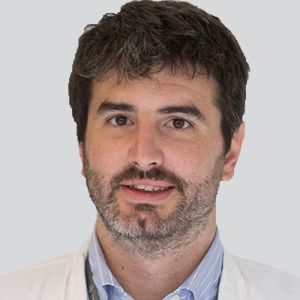 Results from a dual-center, cross-sectional study of adults with Down syndrome (DS) demonstrated that Alzheimer disease (AD)—a leading cause of death in this population&mdash;has a long preclinical phase in which biomarkers follow a predictable order of changes for more than 2 decades.

In the fourth decade of life, 18F-flurodeoxyglucose PET and CSF phosphorylated tau (p-tau) changes occurred, followed by hippocampal atrophy and changes in cognition in the fifth decade of life. Researchers also found that prodromal AD was diagnosed at median age of 50.2 years (interquartile range [IQR], 47.5—54.1), and AD dementia at 53.7 years (IQR, 49.5–57.2).

In addition to the exponential and consistent growth from age 40 years onward, by the seventh decade of life, the prevalence of AD—both prodromal and AD dementia combined&mdash;ranged from 90% to 100%.

READ MORE: The Road to Accessible Biomarkers for Alzheimer Disease

“Our results have several important implications. First, they support the concept of Down syndrome as a form of genetically determined Alzheimer disease, which has been shown to have a profound effect in patient management and family counselling for autosomal dominant Alzheimer disease,” Fortea and colleagues concluded. “Second, neurodegenerative changes, as measured by plasma NFL increases or brain hypometabolism, might occur much earlier than previously thought in individuals with Down syndrome, even before fibrillar Aβ deposition is detectable by PET.”

Participants with mild or moderate disability who had at least 1 of the listed AD measures were used for inclusion. Those measures included apolipoprotein E allele carrier status; plasma concentrations of Aβ1—42/1–40, total tau protein, and NFL; p-tau at threonine 181, and NFL in CSF; and one or more of PET with ¹&#8312;F-fluorodeoxyglucose, PET with amyloid tracers, and magnetic resonance imaging (MRI).

Cognitive impairment was classified with the Cambridge Cognitive Examination for Older Adults with Down Syndrome (CAMCOG-DS). To determine the order and age at onset of the biomarker changes, researchers used a first order locally estimated scatterplot smoothing curve, while also reporting the lowest ages at the divergence with 95% confidence intervals (Cis).

A visual inspection at the scatterplot showed that a decline in CAMCOG scores starting at about age 40 years in individuals with DS, despite the thought that neuropsychological performance cannot be directly compared between individuals with DS and controls. This observation is 10 years before the median age of diagnosis of prodromal AD.

When assessing asymptomatic versus symptomatic patients, those who were symptomatic showed decreased cortical thickness in the temporoparietal, precuneus-posterior cingulate, and frontal areas. Fortea and colleagues also noted that adults with DS had smaller hippocami across the whole lifespan than controls. More specifically, the steep decline in hippocampal volumes came at the beginning of the fifth decade of life in participants with DS, about 10 years before expected symptom onset.

Additional studies are needed to assess whether the differences in CAMCOG-DS rate of decline in individuals with mild versus moderate intellectual disability are due to insufficient test sensitivity for highly functioning individuals, differences in underlying biology supportive of the cognitive reserve hypothesis, or the population composition from the study.