In a phase 2/3 setting, AMX0035 demonstrated a 44% lower risk of death for patients with ALS compared to those who started on placebo. 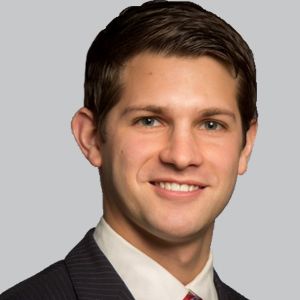 According to an announcement, Amylyx Pharmaceuticals has submitted a new drug application to the FDA for its investigational treatment, AMX0035, for the treatment of patients with amyotrophic lateral sclerosis (ALS).1

"We are excited to share with the ALS community the exciting milestone that we have submitted our NDA to the FDA for review," Justin Klee, Co-CEO, director and co-founder, Amylyx, said in a statement. Joshua Cohen, Co-CEO, chairman and co-founder, Amylyx, added in a statement, "our team has worked and continues to work around the clock as we know time is of the essence for people living with ALS and their families. We will continue to keep the community closely updated on our progress.”1

These findings were notable in the context of the landscape of ALS therapy, as there are only 2 available disease-modifying agents for ALS, riluzole and edarvone, and as of yet, only riluzole has been shown to prolong survival in a clinical study. Additionally, in the CENTAUR trial, patients being treated with AMX0035 were able to stay on their current treatment regimen, showing that the investigational agent is able to be safely combined with the existing and approved agents.

"For people living with ALS and their physicians, this is a significant development offering hope of a potential new treatment option that has been shown to slow ALS disease progression and extend the time families that face this life-threatening disease have together," Sabrina Paganoni, MD, PhD, investigator, Healey & AMG Center for ALS, Mass General and member, Executive Committee of NEALS, said in a statement.1

The drug is also being evaluated in a phase 3 study called PHOENIX (NCT05021536). This 48-week, randomized, placebo-controlled trial will use ALSFRS-R again as a primary outcome along with survival.3 It has an estimated enrollment of 600 participants with definite or clinically probable ALS within 24 months of symptom onset, an expansion from CENTAUR inclusion criteria.

In June 2021, NeurologyLive sat down with Paganoni to learn more about the PHOENIX study. Watch her commentary below as she discusses how results from CENTAUR paved the way.