Association Identified Between DMT Strategy and Depression in MS

Data suggest a link between different disease-modifying strategies and the occurrence of depression when treating patients with MS. 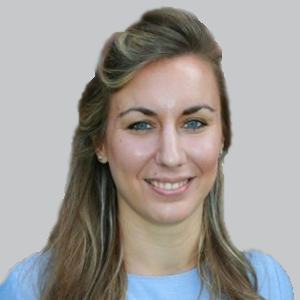 A nationwide cohort study in Sweden found patients with multiple sclerosis (MS) face subsequent risk for depression, depending on the disease-modifying therapies (DMTs) employed in their treatment regimen. The use of antidepressants or depression diagnosis showed limited associations with discontinuation of DMTs and MS relapse.

“Although rituximab is not an approved treatment for RRMS, it has become the most widely used DMT in Sweden based on a series of studies in real-world cohorts demonstrating superior clinical outcomes than regular MS DMTs,” lead author Elisa Longinetti, clinical neuroscience, Karolinska Institutet, et al wrote. “It is therefore of interest that we detected a lower risk of depression or antidepressant use in relation to use of rituximab, as compared with interferons, and that the risk reduction was of greater numerical magnitude than with dimethyl fumarate, fingolimod, glatiramer acetate, and natalizumab [Tysabri; Biogen]. Together with the fact that patients on rituximab show a significantly higher drug persistence than patients with comparative DMTs, this result indicates a better effectiveness and tolerability profile of rituximab.”

In relation to different DMTs, 11.5% of patients (n = 438) received a depression diagnosis or began using antidepressants after a median of 1.59 years (interquartile range [IQR], 2.30), with occurrences lower amongst patients taking rituximab versus those treated with interferons. Median time from DMT start to discontinuation was 1.81 years (IQR, 2.39); however, 3480 patients (91.5%) were still on treatment by the end of the follow up, having switched to a different DMT, 291 had no recorded DMT (7.6%), and 32 were censored (0.8%). From DMT start to MS relapse, there was a median time of 1.73 years (IQR, 2.45).

Limitations of the study were identified, most notably a lack of psychiatric diagnoses from primary care and an inability to include resolution of depression, without access to non-pharmacological interventions, namely psychological therapy. Investigators were also limited in that they did not have access to familial history of depression and did not account for lesion load and relapse activity.

Lastly, while statistically significant, the CIs were wide in terms of the protective effect of rituximab on depression. Larger samples may help investigate the association of vulnerability of patients with preexisting depression before DMT and the effects of its introduction, according to investigators. Additional studies will be needed to evaluate the existence of a causal link between DMTs and depression or whether its occurrence is a result of biological or psychological factors.

“It may be speculated that treatment of depression may bring additional benefits apart from just symptomatic relief by modulating MS-associated inflammatory responses and clinical outcomes,” Longinetti et al wrote. “However, currently there is not sufficient data to support the general use of antidepressants among MS patients according to the American Academy of Neurology Guidelines and the consequences of untreated psychiatric comorbidity on the general wellbeing and quality of life of MS patients remains unknown.”