Researchers observed improvements in motor and respiratory function and biomarkers in the investigational treatment group. 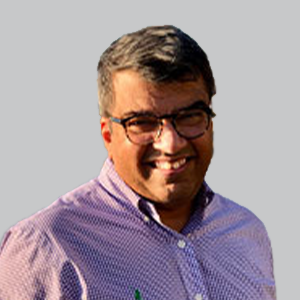 “Alglucosidase alfa, which is a recombinant human GAA (rhGAA), is the currently the only approved treatment that has been shown to improve prognosis in patients with infantile onset Pompe disease, as well as late onset. AT-GAA, which is an investigational two component, therapy, comprising of cipaglucosidase alfa, which is administrated in conjunction with miglustat, so it's an adjunctive therapy,” Mozaffar said during his presentation.

AT-GAA cipaglucosidase alfa is a novel rhGAA with enhanced glycosylation for improved uptake and processing, and miglustat is an enzyme stabilizer. Mofazzar and colleagues sought to compare AT-GAA to alglucosidase alfa/placebo in adults with late-onset Pompe disease (LOPD).

Biomarkers assessed also showed significant improvements with the AT-GAA group versus alglucosidase, with creatine kinase showing a 22.4% reduction versus a 15.6% gain in the alglucosidase group (P <.05) and urine hexose tetrasaccharide showing a 31.5% reduction versus 11.0% gain (P <.001). Overall, 16 of 17 biomarkers assessed favored the AT-GAA group in both ERT-naïve and -experienced patients.

“In conclusion, in the overall study population of ERT-naïve and ERT-experienced patients, AT-GAA showed clinically meaningful improvements in motor and respiratory functions and biomarkers, compared with alglucosidase alfa. Amongst the ERT-experienced patients, those randomized to AT-GAA showed clinically meaningful improvements on motor and respiratory functions, as well as biomarkers, compared to patients on the standard care,” Mozaffar concluded his presentation.