Atogepant significantly reduced mean monthly migraine days compared to placebo across a number of doses and was generally well-tolerated, with no treatment-related serious adverse events. 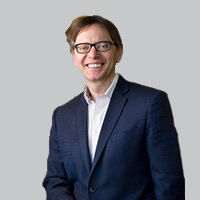 "The primary efficacy end point of this study was met. All 5 atogepant groups showed statistically significant and clinically relevant reductions in mean migraine days across the 12-week treatment period," David W. Dodick, MD, Mayo Clinic, said during a presentation of the findings. "Atogepant was generally well-tolerated, with no treatment-related serious adverse events."

The mean age of patients enrolled was 40 years, and a majority were female (86%). Prior acute treatments were received by 98% of participants and consisted of NSAIDs (67%) and triptans (36%). For patients who completed both periods of the study, the most common diagnosis was migraine without aura (50.4%), followed those with and without aura in 27.3% of patients. The mean time since first manifestation of migraines was 19.37 years, and 72% of patients had not received a prior preventive treatment. The average number of monthly migraine days at baseline was 7.67 per patient.

In the 30 mg QD group, there was a mean reduction of 3.76 monthly migraine days, resulting in an adjusted P of .0390 compared with placebo. Monthly migraine days were reduced by 3.55 days in the 60 mg QD group (adjusted P = .0390) and by 4.23 in the 30 mg BID group (adjusted P = .0034). Reductions in migraine occurred relatively quickly across groups. "Each dose group separated from placebo during the first 4 weeks," said Dodick.

Monthly mean days requiring acute migraine medication use dropped across atogepant arms but only showed a statistically significant decline versus placebo in the two largest dose arms. The placebo group experienced a 2.42-day reduction in the use of acute medication compared with a reduction of 3.77 days and 3.64 days in the 30 mg BID and 60 mg BID groups, respectively. The adjusted P values for these groups versus placebo were .0339 and .0097, respectively.

ALT and AST liver enzyme elevation was relatively uncommon and was observed in the placebo group at a similar frequency as the treatment arms. One possibly related case of ALT/AST increase of ≥3 times the upper limit of normal led to discontinuation of atogepant. "However, there were no potential cases of Hy's law reported," Dodick noted.