Treatment with the investigational agent resulted in improvements in Alzheimer disease agitation, as well as significant delays in time to relapse and prevention of relapse. 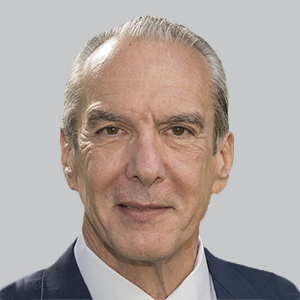 In the double-blind portion of the trial, investigators observed a 3.6-fold lower risk of relapse of agitation symptoms when treated with AXS-05 relative to placebo (hazard ratio [HR], 0.275; P = .014). Preventing relapse of AD agitation, a secondary end point, was also met, as 7.5% of AXS-05-treated patients relapses vs 25.9% of those who switched to placebo (P = .018). Previously, in June 2020, the FDA granted breakthrough therapy designation to the agent for the treatment of AD agitation.

"Agitation is one of the most troubling and consequential aspects of Alzheimer’s disease for patients and their caregivers as it is associated with early nursing home placement, accelerated cognitive decline, and increased mortality. The results of the ACCORD trial demonstrate convincing clinical activity for AXS-05 on agitation associated with Alzheimer’s disease based on both a significant delay in symptom relapse as well as a reduction of relapse compared to placebo," Jeffrey Cummings, MD, ScD, Chambers Professor of Brain Science, University of Nevada Las Vegas, said in a statement.1

In the study, a total of 178 patients with AD agitation were enrolled into a 9-week, open-label period, during which they were treated with AXS-05 and monitored for sustained clinical response. Clinical response was considered at least a 30% improvement in Cohen-Mansfield Agitation Inventory (CMAI) total score and Patient Global Impression-Clinician (PGI-C) score improvements of at least 3 that were maintained for at least 4 consecutive weeks. Following the open-label period, 108 patients experienced a sustained clinical response and were then randomized to continue on AXS-05 (n = 53) or to switch to placebo (n = 55).

In the open-label period, CMAI total scores were reduced by 6.7 points at week 1, 11.0 points at week 2, and 20.6 points at week 5 following treatment with AXS-05 (all P <.001). For context, the mean CMAI total score was 70.9 at baseline. At the same time points, 21.8%, 40.4%, and 70.0% of similarly treated patients, respectively, achieved a clinical response on the CMAI. Notably, treatment with the investigational agent resulted in statistically significant improvements on all CMAI subscales including the Physically Aggressive subscale at all time points (P <.001).

Cummings added, "The improvements were especially notable since they were seen on the aggressive symptom subscales of the agitation measures. Agitation occurs in the majority of patients with Alzheimer’s disease and there are currently no treatments approved for this condition. AXS-05 could potentially fill this high unmet medical need for patients and their caregivers, if approved, based on the observed positive efficacy and favorable safety and tolerability results."

Using the Alzheimer’s Disease Cooperative Study-Clinical Global Impression of Change for Agitation (mADCS-GCIC), treatment with AXS-05 resulted in improvement in agitation in 66.3% of those at week 2 and 86.3% of patients at week 5. Similarly, using PGI-C, a caregiver assessed end point, 67.5% and 89.3% of patients reported improved agitation at weeks 2 and 5, respectively.

Caregiver distress, evaluated through the Neuropsychiatry Inventory Agitation and Aggression Caregiver Distress score, was significantly reduced following treatment with AXS-05 (P <.001 at weeks 4 and 8). At weeks 4 (P = .006) and 8 (P = .003), investigators observed significant reductions in caregiver burden, as assessed by the ZBI. Additionally, AXS-05 was associated with improved patient quality of life and reductions in depressive symptoms.

NeuroVoices: Benzi Kluger, MD, MS, on the Expansion and Growth of Neuropalliative Care

Herriot Tabuteau, MD, chief executive officer, Axsome, said in a statement, "With the positive results from ACCORD, AXS-05 has now demonstrated efficacy in the treatment of Alzheimer’s disease agitation in two well-controlled trials. In addition to the strong results versus placebo in the double-blind period, results from the open-label period evidenced rapid, substantial, and significant improvements in Alzheimer’s disease agitation versus baseline with AXS-05 treatment."1

Between the 2 groups, 28.3% of those on active treatment recorded an adverse event (AE) in the double-blind period vs 22.3% of those on placebo. One serious AE of fecaloma was found in the AXS-05 group; however, it was deemed not related to the study drug. Two reports of cardiac arrest and femur fracture were found in the placebo group. In total, 4 patients on the study drug experienced falls, although none were associated with serious AEs and were not related to the study medication. Notably, there were a low rate of discontinuations (0% for AXS-05 and 1.9% for placebo) and investigators found no evidence of cognitive decline for those on active drug when assessed by the Mini-Mental State Examination.

Tabuteau added, "The ACCORD results complement, and are consistent with, those from the previously completed positive ADVANCE-1 trial. We intend to discuss these findings with the FDA in the context of the ongoing clinical development of AXS-05 in this indication, with the goal of providing a much needed treatment to the millions of patients living with Alzheimer’s disease agitation and their caregivers."1