The investigational antisense oligonucleotide, previously known as IONIS-C9Rx, failed to meet any of the secondary efficacy end points in its phase 1 trial but was well-tolerated. The companies plan to present the data at a future medical meeting. 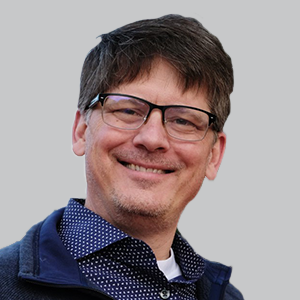 Biogen and Ionis have announced that based on the topline results of their phase 1 study (NCT04288856) of BIIB078, also known as IONIS-C9Rx, in those with C9orf72-associated amyotrophic lateral sclerosis (ALS), the pharmaceutical companies will be discontinuing the clinical development program, including the currently ongoing open-label extension study.1

In the dose-escalating trial, there were 6 treatment cohorts assessed, in which 106 total patients with C9orf72-associated ALS were randomized on a 3:1 ratio to receive treatment or placebo. BIIB078 failed to meet any secondary efficacy end points—ALS Functional Rating Scale-Revised, slow vital capacity, hand-held dynamometry, and the Iowa Oral Pressure Instrument—falling short of demonstrating clinical benefit. No differences occurred on a consistent basis between the BIIB078 and placebo groups up to 60 mg, though those in the 90-mg group trended toward a decline greater than that of placebo across the efficacy end points. Both Ionis and Biogen announced that the phase 1 data will be presented at a future scientific meeting.

The investigational antisense oligonucleotide (ASO) was well-tolerated, with mostly mild to moderate adverse events (AEs) occurring at a similar rate in both treatment and placebo groups. The most common AEs were fall, procedural pain, and headache.

“We are incredibly grateful for the selfless commitment of the individuals with ALS who participated in the study, and the community’s dedication to advancing research for this devastating disease,” Toby Ferguson, MD, PhD, vice president and head, Neuromuscular Development Unit, Biogen, said in a statement.1 “While these were not the results we were hoping for, they are clear and will inform future research across our broad pipeline of investigational ALS therapies. We remain focused on pioneering new treatments that will positively impact people living with this debilitating disease.”

C. Frank Bennett, executive vice president, chief scientific officer, and franchise leader for Neurological Programs, Ionis Pharmaceuticals, stressed the complexity of C9orf72-associated ALS in a statement,1 nothing that BIIB078 was designed to test a hypothesis on its mechanisms of disease, specifically that the toxicity linked to the RNA-containing repeat and the corresponding dipeptides. “Unfortunately, this phase 1 study did not support the hypothesis, suggesting that the disease mechanism is much more complex. While these results do not support further development of BIIB078, we anticipate they will provide valuable learnings that lead to a deeper understanding of this form of ALS,” Bennett added.

Previously, the preclinical findings in mice with the C9ORF72 expansion suggested that a single dose of the therapy reduced toxic RNA and dipeptide aggregation, as well as lessened the behavioral and cognitive deficits.2 At the time, investigators Jiang et al wrote that, “these efforts identify gain of toxicity as a central disease mechanism caused by repeat-expanded C9orf72 and establish the feasibility of ASO-mediated therapy.”

A similar approach to C9orf72-associated ALS is being taken by Wave Life Sciences with its investigational WVE-004, a stereopure ASO, which was designed to target variants containing G4C2, a hexanucleotide repeat expansion associated with the C9orf72 gene. That study, the phase 1b/2a FOCUS-C9 trial (NCT04931862) kicked off in August 2021, assessing WWVE-004 in C9orf72-associated ALS and frontotemporal dementia.3

The global, multicenter, randomized, double-blind, placebo-controlled trial will assess safety and tolerability of single- and multiple-ascending intrathecal doses of WVE-004, which also showed success in preclinical trials, decreasing repeat-containing RNA transcripts in the spinal cord and cortex. Investigators also saw a 90% decrease in dipeptide repeat proteins (DPRs) in the spinal cord and an 80% decrease of DPRs in the cortex during the preclinical phase. C9orf72 protein levels remain relatively unchanged, but the investigators noted that DPR reductions persisted for at least 6 months. The FOCUS-C9 trial is anticipated to enroll 50 participants, with dose escalation and dosing frequency dependent on analysis from an independent data safety monitoring board. Additional clinical data is expected to be generated through 2022.