Biogen’s biologics license application for aducanumab is supported by the phase 3 EMERGE and ENGAGE trials. The company has also requested a priority review designation. 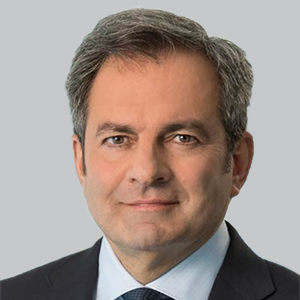 Biogen today announced that following a planned meeting with the FDA, it has completed and submitted a biologics license application (BLA) for its investigational agent aducanumab for the treatment of Alzheimer disease.1

The BLA submission is supported by data from the phase 3 EMERGE (NCT02484547) and ENGAGE (NCT02477800) clinical trials, in addition to the phase 1b PRIME (NCT01677572) study. Biogen noted that it has requested a priority review designation, as if approved, aducanumab would become the first treatment for the reduction of clinical decline in Alzheimer, as well as the first to demonstrate clinical benefit through amyloid-beta removal.

“Alzheimer’s disease remains one of the greatest public health challenges of our time. It robs memories, independence, and eventually the ability to perform basic tasks from the people we love,” said Michel Vounatsos, chief executive officer, Biogen, in a statement. “The aducanumab BLA is the first filing for FDA approval of a treatment that addresses the clinical decline associated with this devastating condition, as well as the pathology of the disease. We are committed to driving progress for the Alzheimer’s disease community and look forward to the FDA’s review of our filing.”

EMERGE (n= 1638) and ENGAGE (n = 1647) featured patients with early-stage Alzheimer disease—mild cognitive impairment (MCI) and mild Alzheimer disease dementia (Mini-Mental State Examination [MMSE] scores, 24—30). ENGAGE did not meet its primary end point, though Biogen claims that a subset of data from the study is supportive of the outcome in EMERGE. The trials had been planned to be discontinued in March 2019, only to reverse course later on, based on the findings of an analysis of an expanded dataset from EMERGE.2,3

James Kupiec, MD, chief medical officer for ProMIS Neurosciences, noted to NeurologyLive that this re-analysis of the larger dataset showed that aducanumab was effective in slowing the progression of Alzheimer at a higher dose, and then data released at the Clinical Trials in Alzheimer’s Disease (CTAD) meeting in San Diego in December 2019 strengthened its potential to become the first disease-modifying therapy (DMT) for Alzheimer. "This stunning reversal not only resurrected hope for a near-term therapy for Alzheimer, it also—perhaps more importantly&mdash;reinvigorated innovation supporting next-generation therapies that demonstrate more precise selectivity for amyloid-beta oligomers, not amyloid-beta plaque. At CTAD, Biogen provided additional analyses to support their conclusion: high-dose, long-duration aducanumab exposure can modify the Alzheimer process and provide clinical benefit," Kupiec wrote.

“For many people living with the early stages of Alzheimer’s disease, maintaining independence for as long as possible is the ultimate goal,” said Stephen Salloway, MD, MS, director, Butler Hospital Memory and Aging Program, Brown University, in a statement. “If we can help slow the progression from one stage to the next, this could preserve independence, which, in turn, could have truly meaningful benefits for people living with the disease and their loved ones. Aducanumab represents a potential breakthrough that we hope will provide a treatment foothold in the fight against Alzheimer’s disease.”

Those who received the agent in EMERGE reported a significant slowing of decline on measures of cognition and function such as memory, orientation, and language, as well as for activities of daily living. The trial ultimately hit its pre-specified primary end point, with high-dose aducanumab showing a statistically significant reduction of clinical decline from baseline in Clinical Dementia Rating-Sum of Boxes (CDR-SB) scores at the 78-week point (22% versus placebo; P = .01).

The imaging of amyloid plaque deposits showed that both low- and high-dose aducanumab were associated with reduced burden compared with placebo at 26 and 78 weeks (P <.001).

“People living with Alzheimer’s, their families, caregivers and so many others in the community are fighting this disease every day, and the global social burden of the disease is expected to grow as the population ages,” said Haruo Naito, chief executive officer, Eisai Co., Ltd, in a statement. “The BLA submission is an important step in the fight against this disease, for which pathophysiological progression currently cannot be stopped, delayed or prevented.”

The aducanumab clinical development program also included the aforementioned phase 1b PRIME study and its long-term extension in those with prodromal Alzheimer disease or mild Alzheimer disease dementia (MMSE scores, 20—30). Those results suggest that aducanumab reduced amyloid-beta plaque in a dose- and time-dependent fashion, and exploratory clinical endpoints showed a reduction of clinical decline on CDR-SB and MMSE, which were nominally statistically significant for the 10 mg/kg dose at 12 months. Those findings continued out to 48 months in the long-term extension.

In late January 2020, Biogen announced that it had been given the go-ahead by the FDA for a new phase 3b clinical trial of aducanumab (NCT04241068) as a re-dosing study to demonstrate the drug’s long-term safety and tolerability in patients with Alzheimer disease. The estimated enrollment is 2400 participants, and it aims to evaluate these end points in those who previously participated in aducanumab clinical trials, including those who had received the study drug as well as those who received placebo. Participants in the phase 3b study will hail from all 4 previous clinical trials in the aducanumab development program.

“The protocol of the re-dosing study that aims at offering access to aducanumab to all eligible patients who were actively enrolled in the aducanumab studies in March 2019 has been successfully submitted to the FDA,” Biogen said in a statement to NeurologyLive at the time. “We are now working with US trial sites to initiate this open-label clinical trial, which does not include a placebo-controlled arm. In the US, we expect the first patients to be re-dosed starting in March of this year.”

The BLA submission will be reviewed by the FDA and a decision returned in the next 60 days. Biogen noted that it is also continuing dialogue with other regulatory agencies in Europe and Japan.

Howard Fillit, MD, founding executive director and chief science officer, Alzheimer’s Drug Discovery Foundation, told NeurologyLive in a recent interview that the aducanumab data analysis remains the top of mind for him as the biggest development in dementia thus far this year. Watch Fillit offer his insight on the landmark findings on aducanumab, and the impact the trial protocols might have on the future, below.