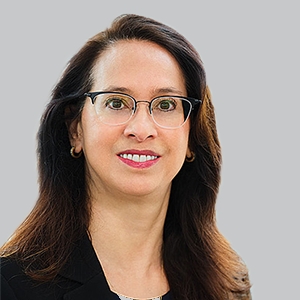 Sheila Mikhail, JD, MBA, chief executive officer, AskBio, said in a statement that in addition to these programs, the merger will bring “proprietary delivery technologies and unique clinical expertise in CNS indications, including the clinical translation and development of neurotrophic factor gene therapy for the treatment of neurological conditions.”

The GDNF gene therapy candidate under evaluation consists of an adeno-associated virus serotype 2 (AAV2) shell as a delivery vector of GDNF. AAV2 allows attachment and payload delivery to specific brain cells has generated safe and effective gene therapies for other diseases. The GDNF payload consists of DNA attached to regulatory sequences for stability. Convection-enhanced delivery (CED) uses intraoperative magnetic resonance imaging (iMRI) to target the therapy to the specific brain structures, which will induce production of GDNF.

GDNF is intended to promote the survival and function of brain cells known to degenerate in Parkinson disease and multiple system atrophy (MSA). GDNF gene therapy may be more efficacious then synthetic GDNF intermittently infused which yields inconsistent levels of GDNF.

“There is an urgent need in the clinic for a treatment that may alter course of disease progression for patients with Parkinson’s disease,” Amber Van Laar, MD, movement disorder neurologist and senior director, clinical affairs, BNB, said in a statement on the phase 1b trial discussed below.2

“GDNF gene therapy, if proven safe, is a therapeutic that may mitigate and possibly reverse clinical features of Parkinson’s disease,” Adrian Kells, PhD, chief operating officer, added to the statement.

First patient with Parkinson in the GDNF Phase 1b study treated

BNB’s lead clinical program investigating GDNF gene therapy for Parkinson disease is currently recruiting and treating patients with early to moderate Parkinson disease in its phase 1b clinical study (NCT04167540) to evaluate safety and efficacy. The first patient was treated in August 2020 and as of January 28, 2021, 7 of 12 planned patients have been treated with one-time infusions of the GDNF gene therapy solution. Enrollment is taking place at medical centers in California and Ohio.

“I’ve been investigating therapeutic gene therapy approaches for Parkinson’s disease for nearly 30 years, and today marks a significant milestone for the field and may lead to major therapeutic opportunities for those suffering with this devastating condition, along with their families,” Krystof Bankiewicz, MD, PhD, founder, BNB, added in the statement.

A phase 1/2 study for eligible patients with MSA is expected to begin enrollment and treatment in early 2021.

MSA is the focus of the second clinical program, which has an active investigational new drug (IND). The program is preparing to enroll patients in a randomized, controlled study (NCT04680065) to evaluate the safety and efficacy of AAV2-GDNF delivered to the putamen in patients with MSA with predominant parkinsonism symptoms.

Bankiewicz commented on the merge in a statement saying, “we are grateful for the collaboration we’ve had with AskBio and are honored to jointly accelerate clinical development of our gene therapy programs that we hope will benefit patients and families living with Parkinson’s disease, multiple system atrophy and other neurological conditions.”

Kathy High, MD, president, therapeutics, AskBio, added, “We look forward to advancing this innovative technology as part of our strategy to broaden gene therapy beyond diseases caused by a single gene to complex pathway disorders.”