Neurocrine Biosciences and Voyager Therapeutics have terminated the Parkinson disease portion of their partnership, ending development for VY-AADC, also known as NBIb-1817. 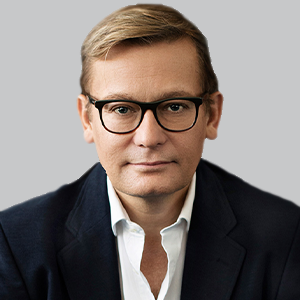 Voyager Therapeutics has announced that its partner in the development and commercialization of the gene therapy NBIb-1817 (also known as VY-AADC), Neurocrine Biosciences, has provided notice of the termination of the Parkinson disease portion of their agreement as of August 2, 2021.1

This termination will end the clinical development program of NBIb-1817 (VY-AADC) in Parkinson, based on the assessment of the company’s portfolio and prioritization of the assets in its pipeline, according to Voyager. It also noted that it is evaluating the “complete financial impact” of this decision and the future of the Parkinson disease program. Another update is expected, per Voyager.

The 2 companies entered a strategic collaboration in early 2019 in an attempt to combine Neurocrine Biosciences’ experience in neuroscience, drug development, and commercialization with the innovative gene therapy programs targeting severe neurological diseases built by Voyager.2

NBIb-1817 is an investigational recombinant adeno-associated viral (AAV) serotype 2 vector encoding the gene for human AADC that is designed to aid in the production of the AADC enzyme in brain cells to convert levodopa to dopamine. It is administered using intraoperative monitoring with magnetic resonance imaging (MRI)-facilitated targeted delivery.

Voyager’s announcement does not impact the pair’s agreement to develop VY-FXN01 in Friedreich ataxia, nor the 2 discovery programs, which will move forward as planned. Voyager noted that it will continue to support Neurocrine on any of the ongoing matters related to additional imaging and clinical assessments requested by the Data Safety & Monitoring Board (DSMB) and/or requests by the FDA.

In December 2020, the FDA notified Neurocrine that it was placing a clinical hold on the phase 2 clinical trial of NBIb-1817, dubbed RESTORE-1 (NCT03562494), following a request by the DSMB to pause dosing until it received MRI abnormalities which were observed in participants of the trial. Last month, the agency provided details to Neurocrine for a complete response to the FDA related to the hold, including an evaluation of the possible connection between the adverse findings and the agent, its plan to mitigate and manage those findings, and provide supportive data to justify that a favorable benefit/risk profile exists.

Prior to this, the agent appeared to be on track for positive results in patients with advanced Parkinson disease. In September 2020, 3-year data from 2 cohorts presented at the 2020 MDS Virtual Congress suggested that treatment with VY-AADC01 resulted in the need for substantially fewer antiparkinsonian medications, and stable or improved motor function and quality of life. All told, the gene therapy and corresponding delivery procedure were well-tolerated over the period, and when taken in context with a second phase 1 open-label assessment, appeared to support the continued clinical development in this population.3