In a phase 3 trial, NurOwn failed to meet its primary end point of change on ALSFRS-R; however, the therapy showed significant benefits in those with less severe forms of ALS. 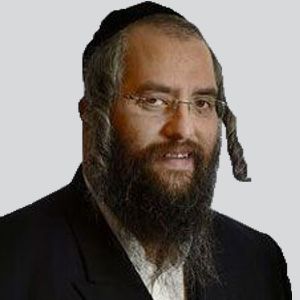 After receiving a refusal to file letter from the FDA in November 2022, BrainStorm Cell Therapeutics announced it submitted a Type A meeting request to discuss the contents of the letter, which was in response to the biologics license application (BLA) of NurOwn, the company’s investigational amyotrophic lateral sclerosis (ALS) therapy.1

The Type A meeting is expected to occur within 30 days of the FDA’s receipt of the meeting request. In that meeting, BrainStorm intends to discuss a path to an FDA advisory committee meeting. The company originally announced in August 2022 that new clinical analyses from its phase 3 findings strengthened the case for NurOwn, prompting the company to submit a BLA; however, months later, the FDA sent the refusal letter that included topics related to chemistry, manufacturing, and controls, as well as clinical data and statistics.

"Participating in a Type A meeting will be an important next step towards enabling NurOwn's advancement through the regulatory process," Chaim Lebovits, chief executive officer, BrainStorm, said in a statement.1 "The extensive briefing package submitted with our request contains a comprehensive strategy to fully address the CMC matters raised in the refusal to file letter. We anticipate achieving quick alignment with the FDA on the CMC strategy and expect that its execution will be straightforward. We therefore anticipate a Type A meeting focused primarily on discussing how we can secure an Advisory Committee Meeting, which we believe will be a critical step on NurOwn's path towards approval as an ALS therapy."

NurOwn, or autologous mesenchymal stromal cells secreting neurotrophic factors cells (MSC-NTF), has shown promise as an approach to neurodegenerative disorders. These autologous MSC-NTF cells are designed to effectively deliver multiple NTFs and immunomodulatory cytokines directly to the site of damage to elicit a desired biological effect and ultimately slow or stabilize disease progression.

In March 2021, following a review of the pivotal phase 3 study (NCT03280056) of NurOwn, the FDA concluded that the current level of data did not cross the threshold of substantial evidence to support a BLA. All told, NurOwn did not meet its primary end point of statistical significance, as 33% and 28% of those on MSC-NTF and placebo, respectively, showed a change in disease progression of at least 1.25 points on ASL Functional Rating Scale-Revised (ALSFRS-R) after 28 weeks of treatment.2

Despite not meeting its primary end point, the therapy did show positive effects in those with less severe forms of ALS, characterized by baseline ALSFRS-R scores of at least 35. In that prespecified analysis, 35% of those on NurOwn had a clinical response vs 16% of those on placebo (odds ratio [OR], 2.6; P = .29). On secondary end points, the newly added results indicated that MSC-NTF participants progressed on average 2 points less on the ALSFRS-R compared with placebo (P = .05), while for participants with more advanced disease, the change from baseline to week 28 was similar between treatment groups (P = .97).3

In post hoc analyses, it was originally reported that the least square (LS) mean for placebo (range, –4.32 to –5.81) exhibited far less spread in the LS mean change than those in the MSC-NFT group (range, –1.58 to –4.61). These LS means were corrected for both the MSC-NTF (range, –1.39 to –4.82) and placebo (range, –4.24 to –5.98), but still indicated that placebo-treated patients lost 4 to 5 points on average in 28 weeks across baseline thresholds while those on active treatment lost less function at higher compared with lower baseline levels.