In terms of cardiomyopathy, disease-modifying bioactivity of cardiosphere-derived cells was shown by improvements in left ventricular ejection fraction, a commonly used measure of global heart function. 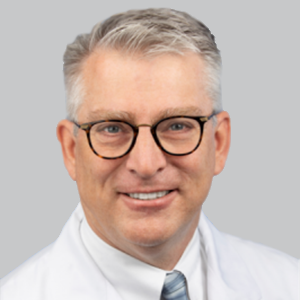 "Robust research is imperative to truly usher in a new class of treatments for these patients in dire need and historically Duchenne trials have not focused of the most severely affected non-ambulatory patients with the greatest disease burden,” lead investigator Craig McDonald, MD, professor and chair of the Department of Physical Medicine and Rehabilitation, UC Davis, said in a statement.1 "We believe that the publication of these phase 2 results in an eminent publication such as The Lancet, represents a major achievement for the development of CAP-1002 and further validates the power of this cell therapy for all patients with DMD regardless of their stage of disease.”

HOPE-2 was a randomized, placebo-controlled trial that included 20 patients (placebo, n = 12; CAP-1002, n = 8) treated for at least 12 months. These participants were on a stable regimen of steroids and around 80% were nonambulant, with other demographic and baseline characteristics between the 2 groups. Participants were treated via intravenous delivery with either 150 cardiosphere-derived cells (CDCs) of CAP-1002 or placebo every 3 months, for a total of 4 doses.

The treatment was found to be well-tolerated, which was consistent with what had been previously observed. No patients developed acute respiratory decompensation or immune sensitization syndrome. Among 69 intravenous infusions in either treatment arm, a total of 7 treatment-emergent adverse events (AEs) deemed related to the product or procedure were recorded. Five hypersensitivity reactions were reported among 3 (38%) individuals in the CAP-1002 group.

Investigators did note that one patient experienced an acute allergic reaction during his second intravenous CAP-1002 administration and was administered intramuscular epinephrine. The patient showed overnight in a hospital for observation and qualified as a suspected unexpected serious AE. At that point, the protocol did not allow further infusions if there was a history of serious allergic reaction to the investigational product.

Treatment with CAP-1002 also improved heart function and structure. Left ventricular ejection fraction (LVEF) a global measure of cardiac pump function, decreased significantly in the placebo group over time, but improved slightly in ranked change in the CAP-1002 group, with a statistically significant difference in percentile ranks of 45.7% (95% CI, 19.1-72.2). Those in the drug arm had a mean increase in LVEF of 0.1 percentage points (54.4 percentile; 95% CI, 35.2-73.8), whereas the placebo group had a mean decrease in LVED by 3.9 percentage points (8.9 percentile; 95% CI, –10.7 to 28.5), representing an effect size of 4.0 percentage points, corresponding to 7% of the baseline LVEF of 54%.

"CAP-1002 has shown safety and very promising efficacy in patients with DMD in 2 successful clinical trials to date, setting the stage for a novel therapeutic that can be life changing for patients with DMD," Linda Martin, PhD, chief executive officer, Capricor, said in a statement.1 "Further, our recently announced partnership with Nippon Shinyaku has secured us a commercialization and distribution partner in the US, experienced in rare diseases with specific expertise in DMD. Capricor is initiating our phase 3, HOPE-3 clinical study imminently as we move towards potential commercialization."

Announced in February 2022, the partnership will help for the commercialization and distribution of the therapy if approved. Under the terms of the agreement with NS Pharma, Capricor is responsible for conducting HOPE-3 and manufacturing CAP-1002, while NS Pharma will be responsible for the distribution of CAP-1002 in the United States. HOPE-3 will be a randomized, double-blind, placebo-controlled trial that will evaluate CAP-1002 in a cohort of 68 nonambulatory and ambulatory boys and young men who meet eligibility criteria.3