Patients with Duchenne muscular dystrophy receiving the treatment had a decline in Mid-level Performance of Upper Limb scores in the phase 2 trial of the cell therapy. 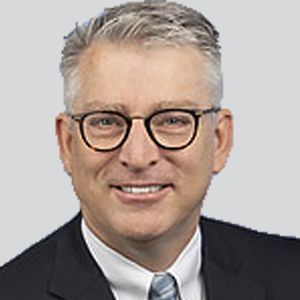 A version of this article originally appeared on our sister site, GeneTherapyLive.

Positive data was announced from the phase 2 HOPE-2 study ((NCT03406780) of CAP-1002, an investigational cardiac-derived cell therapy from Capricor Therapeutics for the treatment of patients with Duchenne muscular dystrophy (DMD).1

“This groundbreaking study is extremely exciting as we saw statistically significant changes of CAP-1002 in both skeletal and cardiac function. For these older boys who have limited therapeutic options, these data support the belief that CAP-1002 may become an important therapeutic option and possibly slow the progression of DMD,” principal investigator Craig McDonald, MD, professor and chair, Department of Physical Medicine and Rehabilitation, UC Davis, said in a statement.1

CAP-1002 is an allogeneic “off-the-shelf” cell therapy consisting of cardiosphere-derived cells. It was previously granted orphan drug designation by the FDA.2 Its immunomodulatory properties as well as its ability to regenerate skeletal and cardiac muscle cells have previously been demonstrated in preclinical studies.

HOPE-2 enrolled 20 participants (12 placebo and 8 treated) with DMD across 9 sites in the US. These participants were on a stable regimen of steroids and around 80% were non-ambulant, with other demographic and baseline characteristics similar between the 2 groups. Participants were treated via intravenous delivery with either 150 million cells of CAP-1002 or placebo every 3 months, for a total of 4 doses over 1 year.

“The significance of this data is vitally important to patients and the DMD community. The data suggests that CAP-1002 slowed the decline of DMD in patients for whom few options currently exist,” Linda Marbán, PhD, chief executive officer, Capricor, added.1 “Now that we have clarity from the FDA and based on the strength of this data set, we are poised to embark on the HOPE-3 pivotal trial once we have secured an appropriate partner that can help drive CAP-1002 forward towards commercialization. Most importantly, we are thankful to the patients and families who participated in this study so that we can demonstrate the impact of CAP-1002 in treating DMD.”

Besides 2 hypersensitivity reactions seen early in the trial—which were mitigated with a common pre-medication regimen—CAP-1002 was well tolerated with no serious safety signals.

CAP-1002 is now being developed collaboratively with Lonza, as Capricor announced in January 2021.3 The collaboration aims to expand Capricor’s manufacturing capacity for future clinical trials and potential commercialization.

“Capricor’s lead candidate CAP-1002 is demonstrating efficacy in late-stage clinical studies to significantly benefit patients,” said Alberto Santagostino, senior vice president and head, Cell and Gene Technologies, Lonza, in a statement at that time.3 “We will leverage our process development expertise and industrial manufacturing capabilities to enable Capricor to scale this therapy and make it available to patients globally, once approved for commercialization.”