The head of the Non-Invasive Brain Stimulation Lab at the Santa Lucia Foundation spoke to the challenges in Alzheimer research, biomarkers, and the next steps for rotigotine in this population. 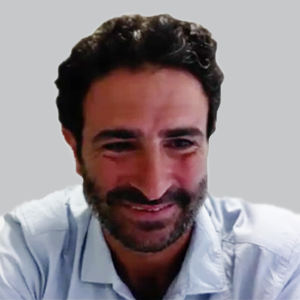 This is the second of a 2-part interview. For Part 1, click here.

Giacomo Koch, MD, PhD, neurologist, and head, Non-Invasive Brain Stimulation Lab, Santa Lucia Foundation, and colleagues recently published data from a phase 2 assessment of the dopaminergic agonist rotigotine (Neupro; UCB pharma), which revealed that as an add-on, the drug holds promise for the improvement of frontal cognitive function and activities of daily living for patients with mild to moderate Alzheimer disease.

Rotigotine did not show marked effects on memory and other cognitive tasks, but the results suggest that a combination may be efficient in improving different types of cognitive function, Koch told NeurologyLive.

NeurologyLive: How much of a challenge is it to assess agents in Alzheimer with concerns about the timing of treatment related to the disease’s pathology?

Giacomo Koch, MD, PhD: That's a very important point, and it’s why we're also investigating the early changes in neurophysiological parameters such as long-term potentiation. We recently published a paper in Brain Stimulation, in which we showed that patients with mild cognitive impairment or prodromal Alzheimer disease already have very strong worsening of long-term potentiation. So, our perspective is driven by this neurophysiological evidence.

The idea is that if we measure these abnormalities, and we can use this drug to restore these abnormalities, maybe this could be also transferred in some clinical effect. We would like to start from the neurophysiological biomarker perspective, although it's not so easy in the field because still, there are no validated biomarkers apart from CSF levels of tau and beta amyloid. Even amyloid PET is not that quantitative, it has some somewhat qualitative data. It's a very difficult challenge, again, to understand better what happens in the early phases of the disease, not only in terms of imaging, but also in terms of neurophysiology.

Does it seem to you like things are on the right track in that in that aspect of identifying additional biomarkers?

Yes. Especially in the tau pathway, as it's really relevant when the disease starts—it's really involved in clinical worsening, and actually, we are finding a very strict relationship between neurophysiological abnormalities and CSF tau levels instead of amyloid. I think that these 2 things go together.

As for rotigotine, how would you sort of describe the safety profile of this therapy? Do you consider the drug generally well tolerated?

It was somewhat expected to see more discontinuations in the rotigotine group because when we look back at the early studies in Parkinson disease patients, we found the same rate of dropout—around 20%. I think that obviously, this could be an important limitation because 20% is quite relevant, but another important issue in terms of safety is that we were using a very low dosage. We were using a 4-mg dosage of rotigotine, which usually in Parkinson's disease is not considered therapeutic. In Parkinson disease, you treat patients with 8 or even 12 mg. That's what we considered first to keep safety levels as higher as possible.

On the other end, we performed other preliminary studies in which we found the probably the effects do not differ very much if you increase the levels of the drug. So, 4 mg seemed to be a good compromise between safety and efficacy.

Based on what you've seen in this study and with the other research that is available, limited or otherwise, do you think that a dopamine dopaminergic focused approach still holds promise in Alzheimer?

Yeah, I think it's important, and there are 2 aspects. One is the scientific knowledge—we don't know very much about how the system degenerates and what happens to the dopaminergic system because the focus was clearly on cholinergic system so far. This knowledge could be important. From a clinical perspective, I think that our data are potentially showing that, for sure, we can improve frontal lobe functions.

The next step would be to better understand how this improvement can be useful in a longer term because another problem is that our study was limited to 6 months, which is a consistent time, but in terms of disease modifying effects, you cannot say much. It would be important to extend the studies to longer term.

If this were to be explored further, what would you hope for in terms of next steps?

First of all, we should confirm these findings in a multicenter setting with higher numbers. Although, we calculated the effect size was quite consistent, so we will not need a very large multicenter study, probably the sample set will be around 300 patients, which is kind of feasible.

Second, we would like to reinforce and confirm the idea that targeting the frontal lobe activity and improving the frontal lobe functions could be something that will have an advantage in the long term. But it will need to be added to other potential therapeutic approaches. It's very important to consider this approach as complimentary to other even novel approaches.

How would you describe rotigotine to your peers, and how would you compare it to other potential treatments?

Well, the reason why we choose rotigotine is because it's applied on patches that deliver the drug continuously over 24 hours. That's important in order to stabilize the amount of dopaminergic transmission time. This is very important because if you increase the availability of the dopaminergic drugs in these patients too much, you may have some side effects like hallucination or agitation. So maybe another important message here is that when you deal with neurotransmission, it's important to have drugs that can ensure a stable delivery over 24 hours, because the you know, the equilibrium is really unstable in these patients.