Between AQP4-IgG-positive and negative patients with NMOSD, there were no significant differences in cognitive performance, despite having similar demographic and clinical characteristics. 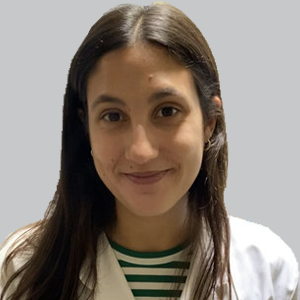 Results from a well-characterized cohort of patients with neuromyelitis optica spectrum disorder (NMOSD) revealed slightly more than one-third of patients had cognitive dysfunction, with visual learning, and memory and attention-information processing speed (IPS) being the most affected cognitive domains. Cognitive and psychological assessments may be crucial to achieve a holistic approach in NMOSD patient care, the study investigators concluded.1

The noninterventional, cross-sectional study included 41 patients with NMOSD from 13 Spanish centers, of which 14 (34%) were classified as having global cognitive impairment. Demographic and clinical characteristics were similar (P >.05) between patients regardless of their cognitive status; however, patients with global cognitive impairment had lower satisfaction with life, more severe symptom endorsement, higher levels of perceived stigma, and greater impact of pain interfering with their lives than cognitively preserved patients.

Patients were more frequently female (85%) and middle-aged (median, 44 years) with a median disease duration of 8.1 years (IQR, 3.9-15.5) and a median Expanded Disability Status Scale (EDSS) score of 2.0 (range, 0-7.5). Of the cohort, 27 patients (66%) were aquaporin-4 (AQP4) positive, although there were no significant between-group differences in demographic, clinical, and patient-centered measures based on seropositivity. In terms of each cognitive domain, 10 patients (24%) had impairment in verbal memory, 14 (34%) in visual memory, 13 (32%) in attention-IPS, and 3 (17%) in semantic fluency.

An additional multiple regression model used the Akaike Information Criterion (AIC) to select the variables that best fit based on the whole cohort. Based on the AIC, the final model included gender as well as depression and fatigue scores, satisfaction with life, and perception of the stigma. In the sample, 40% of the variability of the z-score of BRB-N was explained by this model (adjusted R2 = 0.396; P <.001). A change of 1 point in the Beck Depression Inventory-Fast Screen questionnaire, sensitive to depression, was associated with a change of 0.6 points in global cognitive scores. Notably, fatigue, satisfaction of life questionnaire, and perception of stigma for neurological diseases were also related to cognition.