All 12 of the children met diagnostic criteria for multiple sclerosis and were seropositive for MOG-IgG at baseline experienced a disease course different than typical MS through the observed time. 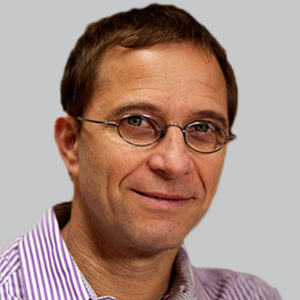 The study included 65 children and adolescents meeting MS diagnostic criteria either at onset or over time, recruited between 2004 and 2017, who had MOG-IgG data in serum obtained at presentation. In total, 18% (n = 12) of those had MOG-IgG at onset, a frequently substantially higher proportion than reported in adult MS cohorts, where MOG seropositivity was typically below 1% and did not exceed 5%.

"While high-positive MOG-IgG at baseline supports a MOGAD diagnosis, the waning of MOG-IgG titers over time can lead to a missed diagnostic opportunity for MOGAD," senior author Amit Bar-Or, MD, FRCPC, FAAN, FANA, Melissa and Paul Anderson President’s Distinguished Professor; director, Center for Neuroinflammation and Neurotherapeutics; and chief, Multiple Sclerosis Division, department of neurology, Perelman School of Medicine, University of Pennsylvania, and colleagues, wrote. "When serologic testing is not obtained at baseline, clinical and MRI features atypical for MS should still raise suspicion of MOGAD."

Patients were included only if first serum sample was obtained within 45 days of initial clinical presentation, had complete clinical information available, and had a diagnosis of MS based on 2017 McDonald diagnostic criteria. Of note, most participants were recruited and diagnosed before the clinical availability of MOG-IgG testing, and none of the participants included in the study had clinical anti-MOG testing performed as part of their diagnostic workup.

Of the 12 MOG-IgG positive participants, the McDonald criteria could be applied to 10, of whom only 4 (40%) met both dissemination in space (DIS) and time (DIT) criteria. In contrast, of the 53 MOG-IgG negative participants, the criteria could be applied at baseline to 45, of whom 36 (80%) met both DIS and DIT criteria for MS (P = .017). New disease activity was observed in all seropositive patients, although 7 (54%) experienced new clinical episodes and the remaining 5 (42%) developed new MRI lesions but reported no additional clinical attacks.

Of the remaining 53 seronegative patients, 37 (70%) experienced further clinical relapses, 15 (28%) developed new MRI lesions but no clinical attacks, and 1 met the diagnostic criteria for MS at onset though did not develop new signs of disease activity during the available follow-up of 2 years. When comparing the baseline clinical and MRI features between seropositive and seronegative participants, those who had MOG-IgG were younger, with 92% (11 of 12) younger than 11 years at onset. Additionally, MOG-positive participants presented with optic neuritis and/or transverse myelitis nearly twice as often as MOG-negative participants.

Among those who were MOG-IgG positive at presentation, 5 persisted positive in all follow-up samples, 2 fluctuated between MOG-IgG positive and negative status, and 4 converted to seronegative (median time to conversion, 1.6 years; interquartile range, 0.9-2.9). The patient who had an initial borderline MOG-IgG result, then found to be seropositive at 3 months, converted to negative status at 1 year and remained seronegative for the subsequent 5 years of follow-up.