The Pharma Two B therapy combines a dopamine agonist, pramipexole, and an MAO-B inhibitor, rasagiline, and has shown significant improvements on UPDRS total scores and ESS scores for untreated patients with PD. 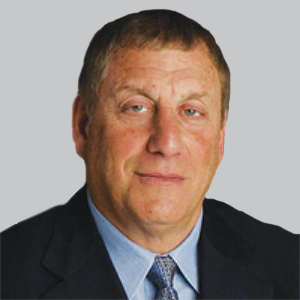 After announcing that its investigational Parkinson disease (PD) therapy P2B001 had met its primary and key secondary end points in December 2021,1 Pharma Two B has presented efficacy and safety data from its phase 3 trial (NCT03329508) suggesting that the investigational combination therapy is safe and results in significant improvements in Unified Parkinson Disease Rating Scale (UPDRS) total scores.2

“We are very pleased to share the positive data from our well-designed, rigorous, active-controlled phase 3 study of P2B001 with the many neurologists who are attending AAN,” Olanow said in a statement.3 “P2B001 has the potential to become a leading treatment option for patients with Parkinson disease, particularly as firstline therapy for early-stage patients of all ages. If approved, P2B001 will enable patients to be treated with a once-daily effective therapy that requires no titration while minimizing the dopaminergic side effects and daytime sleepiness often seen with this class of drugs.”

Pharma Two B noted in its announcement that the data on investigational therapy has been suggestive that the therapy increases striatal dopaminergic transmission through its distinct and possibly synergistic mechanisms, giving P2B001 a possible beneficial efficacy-safety risk ratio for those with PD. Additionally, the company noted that low doses of the combination utilized in P2B001 are not currently available, while ER rasagiline is in a proprietary dosage form.

“We are honored that the positive outcomes from our phase 3 study of P2B001 in early Parkinson’s patients [were] chosen for oral presentation at the AAN annual meeting,” Sheila Oren, MD, MBA, CEO, Pharma Two B, said in a statement.3 “Early Parkinson’s patients need a treatment option that can significantly improve motor symptoms and daily function, while avoiding side effects, such as daytime sleepiness, orthostatic hypotension, and hallucinations associated with higher doses of dopamine agonists. The phase 3 data on P2B001 suggest that it can address these challenges.”