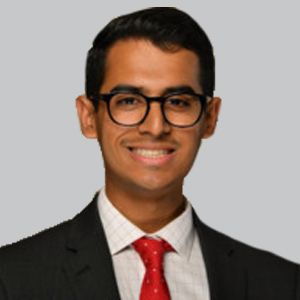 Results from a pilot study showed that a combination approach of resistance training, respiratory training, and enzyme replacement therapy (ERT) is safe for patients with late-onset Pompe disease (LOPD) and may provide positive benefits on muscular strength, functional capacity, and respiratory function.

"Our findings encourage use of supervised exercise and inspiratory muscle training for improving physical function and health to improve generalized muscle weakness and particularly respiratory weakness which remains the primary cause of morbidity and mortality in LOPD," the study authors concluded.

The approach was proven to be safe as well, with no changes in creatinine kinase and lactic dehydrogenase levels throughout the study. Subjects showed improvement in all parameters tested, with only adverse events (AE) reported in one individual who was exercising excessively, and another who developed back pain from a work-related incident. When questioned about pain, cramping, or other AEs, no subject scored higher than 12 to 14 on the Borg Scale, suggesting that physical activity was being performed at a moderate level of intensity.

Seven subjects who participated in the exercise study also had participated in the ongoing natural history study, which would be used as a comparator in the analysis. In that study, patients showed a deterioration of 6.8 min lost on the 6-Minute Walk Test (6MWT), whereas there was no significant change in the 6MWT (-1.7 min) over the same course of 24 weeks in the exercise study.

At the conclusion of the pilot study, investigators observed marked improvement in the MIP respiratory pressure which increased on average by 8.5 cm H20 (±3.7; P = .03). Furthermore, both the MEP and forced vital capacity (FVC) were not significantly improved following the respiratory intervention, which the authors noted was expected. A linear mixed effect model that included 6 patients showed improved trajectories of MIP and 6MWT but not FVC when compared with the natural history data.

Body composition, including bone density, lean body mass, and fat mass, was recorded and compared using DNA scans at week 0, before exercise, and at final measurements at week 24. Following the exercise program, the lean mass showed an increased (paired t-test: one-tail, P = .04; two-tail, P = .08). There was no correlation between the lean mass gained and the age of a subject. Using paired t-tests for femur and lumbar t scores, investigators found no significant differences pre- and post-exercise in total bone mineral content and fat mass.