Could Combination OnabotulinutoxinA and CGRP Agents Be Safe and Effective?

Fred Cohen, MD, offers insight on his study exploring the utility of combined Botox with anti-CGRP preventives for patients with chronic migraine. 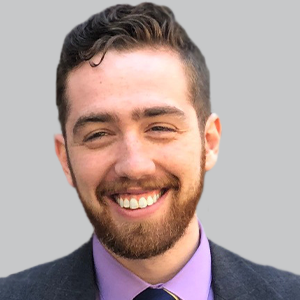 To find out more about what prompted the study, what the population looked like, and how these data can be interpreted, NeurologyLive spoke with Cohen in an interview. He offered insight into the study’s reasoning as well as what research still needs to be done to analyze the combination use of these medicines.

NeurologyLive: What prompted the conducting of this assessment?

Fred Cohen, MD: A lot of the treatment research has been focused towards episodic migraine, meaning many medications have researched for that kind of diagnosis instead of chronic migraine, and we extrapolate those findings because the difference with chronic migraines is an increased frequency. The only drugs—I believe 3 drugs&mdash;that have been specifically evaluated for chronic migraine, those being onabotulinumtoxinA, topiramate, and the CGRP monoclonal antibodies. At the headache center, when we were thinking of ideas to explore, something that no one really looked at was how patients respond with both having onabotulinumtoxinA and CGRP monoclonal antibody. We knew we had patients getting both, but it wasn't ever carefully analyzed.

A reason why there's that sort of pit of information—well, lack of information is a better way to put&mdash;it is when they did the CGRP monoclonal antibody trials, they actually excluded patients that were getting onabotulinumtoxinA injections. So, no one knows. Those data that we have does not include patients of that population. That's why we decided to go forward with this project. Let's get that information, we'll be the first ones to get that information.

Does this imply anything about potentially partnering therapies in the future?

What this study showed was that patients who were first on onabotulinumtoxinA, got some relief, but it wasn't enough. They still had a significant number of monthly headache days and they needed more effective therapy, and then were placed on the CGRP. We show that it did indeed further reduce the monthly headache days. However, this is a retrospective chart review, which does have its own weaknesses. What we envisioned this project do was, if there was a provider that wasn't sure, for instance, if it is safe to give someone a CGRP when they're getting Botox. There isn't any data that explores that. Does it have any effect? Does it do nothing? This sort of say, “Hey, there actually is some data that does suggest that patients will get further a reduction in the monthly headache days.”

I wouldn't necessarily go as far as to say this is enough to start changing protocol to make it standard. “Oh, they meet the ICHD-3 criteria for chronic migraine, alright, onabotulinumtoxinA and monoclonal antibody.” That would require something like a randomized clinical trial, which is getting ahead of myself. But this sort of offers something to providers who meet that patient who needs more preventive therapy, and asks, “should I give a CRGP?” This gives insight into that.

All told, what were the findings?

We had 153 patients. These were all adults, and they all met criteria for chronic migraine by the ICHD-3, so there was a strict diagnostic criterion. They received onabotulinumtoxinA first, and then later getting the CGRP monoclonal antibody. The time period was May of 2018 to May of 2019. Some other demographics were that they were majority female, our average age was 47 years, and patients on average were on onabotulinumtoxinA for 40 or so months—which translates to about 12 to 13 treatment cycles. That's partially important because there are papers that suggest there are further improvements in onabotulinumtoxinA treatments with the more patients receive. So, these patients, on average, have been on onabotulinumtoxinA for quite some time. We went through the charts, measuring change in monthly headache days and change in pain severity.

About three-quarters, 114 out of 153 patients, reported a decrease in either monthly headache days or headache pain severity. However, as I've been saying, this is a retrospective chart review and what that means is that we looked at charts in the past, so these providers are documenting things differently. And this is some of the challenge. This is quite subjective—some charts said decreased pain severity, others actually gave them numerical change. Of these 153 patients, for 66 we were able to get what we call quantitative data, specifically their headaches at baseline, their headaches after onabotulinumtoxinA, and the headaches after CRGP. This is where we got more the data that we can actually do significant statistical analysis with. At the time there were 3 CGRP monoclonal antibodies. A bit over half were on erenumab&mdash;I believe 89&mdash;and 51 we're on galcanezumab, and then a smaller percentage&mdash;around 9%, 12 or 13 patients&mdash;were on fremanezumab.

When we get to the 66 patients that we have in-depth numbers to work with, on average, these patients had 25.3 headache days a month. After receiving onabotulinumtoxinA treatment, they had a reduction of 10.9 monthly headache days. That's a 43% reduction. This is actually very similar to what the COMPEL trial, the long-term paper on the effects of onabotulinumtoxinA injections, saw. For me, that acted as sort of a control. We have similar numbers. There's nothing crazy going on. After that, we looked at how patients were doing after the addition of a CGRP monoclonal antibody. This was looked at generally 2 to 3 months after they started, and we saw a headache day reduction. They saw, on average, a further decrease of 5.6 headache days per month, and when you combine it, this comes to a total decrease of 16.6 monthly headache days.

The other thing we evaluated was the other question of safety because both treatments have their own side effect profiles. We saw that 13 patients, it comes about 8%, reported side effects to the CGRP monoclonal antibodies. That included constipation, fatigue, and injection site reaction, and those were the side effects seen in all the trials. I believe it's actually a little bit less than the percentage we're seeing in the trials.

One piece of data that a lot of people at the meeting were picking out was when I presenting this was that we actually broke up the data among the 3 CGPRs, and there was a difference among the 3. Interestingly enough, erenumab and galcanezumab were almost identical, but fremanezumab had a further 2-day reduction. On average, these patients had 9 or so headache days per month, and then they had 5 or 6, so there was actually a more of a decrease with fremanezumab. It's easy to infer things, but you’ve got to remember that this is a retrospective chart review and only 13 patients—compare that to 89 on on erenumab, so the N value is much lower, and therefore, there’s statistically less power. So, while that number sounds very attractive, you’ve got to keep that in the back of your head.