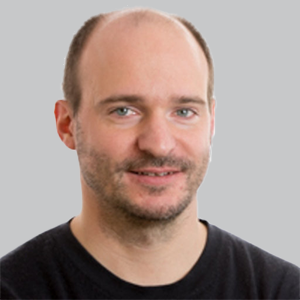 In a population-based longitudinal study, results showed that reduced cerebrospinal fluid (CSF) lysosomal enzyme glucocerebrosidase (GCase) activity at the time of Parkinson disease (PD) diagnosis is associated with an increased risk for PD dementia (PDD). This study’s findings provided evidence on GCase activity in relation to the long-term progression of PDD which will have important implications for the design of clinical trials for GCase targeting therapies and patient management, the study authors noted.

Senior author, Johannes Lange, PhD, senior research scientist, Stavanger University Hospital, Stavanger, Norway, and colleagues, wrote, “The findings from our study suggest that selecting trial candidates in the lowest tertile of CSF GCase activity could provide a powerful tool to identify an idiopathic PD group who will also benefit from GCase targeting therapies. Further, the link between GCase activity and the development of PDD indicates cognitive outcomes should be pursued in future trials and that GCase activity “status“ (high vs low) could increase power for clinical trials by including only those with a high risk of future cognitive progression.”

This study recruited 117 patients with PD, including 12 carriers of the GBA mutation (mean age, 67.2 years), and 50 control subjects (mean age, 64 years)from the ongoing ParkWest study,2 held in Southwestern Norway, and were followed up to 10 years. Diagnosis of CSF and GBA mutation status was collected from patients with PD while those without neurodegenerative disorders were controls. A validated assay measured GCase activity as well as time models to analyze the association with dementia and the diagnosis of PD dementia, set to Movement Disorder Society (MDS) criteria.

Findings from a large-scale trial of adults aged 65 and older with Parkinson disease showed that treatment with pimavanserin was associated with lower risk of mortality than other atypical antipsychotics.

A reduction in CSF activity was observed in patients who were independent of GBA mutations in comparison with the controls. Lange et al noted, “These discrepant findings raise an interesting question as to whether the GCase dysfunction observed in the blood of GBA-PD reflects ‘only’ their genetic status rather than capturing the full extent of the disease pathology in the brain, where the feedback loop between GCase dysfunction and α-synuclein (and other disease mechanisms) could negatively affect GCase activity beyond that attributable to the GBA mutation alone.”

The study’s limitations included a lack of information on GBA status and cognitive decline for the controls. The sample size was also a limitation especially with the GBA-PD group and that not all the participants had consented to donating CSF. Since the participants were Norwegian, future research will be needed on other populations with PD such as patients in the early stages of PD, the authors noted. Additionally, the samples were stored for 15 years prior to the analysis although there was no correlation observed between the time in storage and GCase activity.

Lange et al noted, “CSF GCase dysfunction is evident at the earliest clinical stages of PD and is linked to the future development of dementia in both the GBA-PD and idiopathic PD populations. This is in contrast to GCase activity measured in dried blood, which appears to be only an endophenotype of GBA mutation status, and highlights the promise of CSF GCase activity as early diagnostic and prognostic biomarker for both idiopathic PD and GBA-PD, and the importance of biofluid selection in research and clinical trial settings.”1