Findings from a large-scale trial of adults aged 65 and older with Parkinson disease showed that treatment with pimavanserin was associated with lower risk of mortality than other atypical antipsychotics. 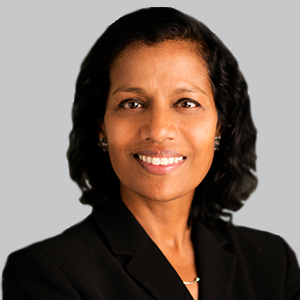 In a recently published retrospective analysis, pimavanserin (Nuplazid; Acadia Pharmaceutical), the only FDA-approved therapy for hallucinations and delusions associated with Parkinson disease dementia (PDP), outperformed other atypical antipsychotics on mortality over a 12-month period.

The real-world analysis analyzed Medicare claims data on 2892 patients on pimavanserin and 19,083 comparator patients on other atypical antipsychotics such as clozapine, quetiapine, risperidone, olanzapine, aripiprazole, and brexpiprazole, from 2016 to 2019. In the matched cohort, the hazard ratio (HR) for mortality for pimavanserin vs comparator was 0.78 (95% CI, 0.67-0.91), with the lowest time period-specific HRs in the first 180 days.

"We were encouraged by this large, real-world study showing a lower mortality risk in patients with PDP after initiation of NUPLAZID, compared to other atypical antipsychotics. The robust results were achieved across sub-groups and sensitivity analysis using a variety of approaches," Ponni Subbiah, MD, MPH, senior vice president, global head of medical affairs, and chief medical officer, Acadia Pharmaceuticals, said in a statement. "These findings, along with other recently published studies, will help physicians and the patients they treat make decisions about managing Parkinson’s disease psychosis symptoms that can be quite troubling and disruptive to patients and their families, significantly impacting their quality of life."

In addition to comparing the mortality risk profiles of these agents, the study also set out to assess whether the risk varies over time or in clinically meaningful subgroups, including those residing in long-term care (LTC) or skilled nursing facilities (SNFs). Patients were aged at least 65 years old at the time of treatment initiation and had no use of any antipsychotic during the year before the index date. To ensure medical stability at the time of treatment initiation, patients were also excluded if they had claims for hospice care of palliative care in the 365 days before the index date.

Across the entirety of the study, patients were followed for a total of 11,147 person-years from treatment initiation until death or censoring. Between the 2 groups, the incidence rate (IR) in the pimavanserin group was 18.9 deaths per 100 PY (95% CI, 16.9-21.1) vs 30.4 deaths per 100 PY (95% CI, 29.3-31.5) in the comparator group. In the full cohort before matching, cumulative incidence curves of mortality after treatment initiation suggested a generally reduced risk of mortality in pimavanserin initiators throughout follow-up.

Investigators used subgroups such as sex, age groups, and dementia diagnosis, to assess mortality trends but found that all covariates were well balanced. HR estimates were consistent across all levels of sex, age, dementia diagnosis, and LTC/SNF residence. Overall, most patients (55%) ended follow-up due to discontinuation of the index drug; however, sensitivity analyses that continued follow-up after treatment discontinuation yielded an HR estimate almost identical to that of the primary analysis.

Patients in LTC or SNF made up 30% of the cohort, including 665 on pimavanserin and 5893 in the comparator group. Both groups had high comorbidity burden than the overall cohort; although, those on pimavanserin generally had fewer comorbidities than the comparatory patients. During follow-up 1310 patients in the LTC/SNF cohort died, with unadjusted HR for mortality of 0.80 (95% CI, 0.66-0.97) before matching. Following 1-to-1 matching, all observed covariates were well balanced between treatment groups.