After years of failed drug development, the thoughts of disease-modifying therapies for Alzheimer disease are starting to become real. 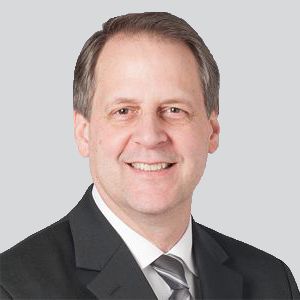 There has been an urgent need for the development of disease modifying treatments (DMTs) for major neurodegenerative disorders such as Alzheimer's Disease (AD) and Parkinson's Disease. Over the past decade, biomarker discoveries in pre-clinical, prodromal, and dementia stages of the AD continuum have led to the development of biomarker-guided therapies. There are a number of DMTs that target different pathways, and a few immunotherapies are in the late stages of development that may soon be available for clinical practice.

The therapeutic interventions based on the amyloid hypothesis have been focused on a few major mechanisms of action: reducing beta-amyloid (Aβ) production, preventing Aβ aggregation and promoting Aβ clearance. The trials based on the first two mechanisms were unsuccessful, but trials promoting Aβ clearance both in form of active immunotherapy, such as a vaccine, or passive immunotherapy have recently produced promising results.

The vaccine stimulates the immune system by administering Aβ or its fragments, to produce endogenous antibodies against Aβ. The passive immunization with a specific antibody helps the immune system to identify and clear Aβ and provides relatively consistent antibody titer. 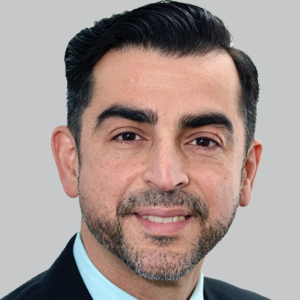 The Food and Drug Administration (FDA) considered and provided accelerated approval of aducanumab in June 2021, based on its effect on the surrogate endpoint of removing Ab, as determined by amyloid PET imaging.The determination that this imaging biomarker is reasonably likely to produce a clinical benefit to patients.4

In the Clarity AD study, lecanemab was associated with a reduction of amyloid load on imaging and was associated with clinical benefit.5 Based on functional assessment (Clinical Dementia Rating Scale, CDR), lecanemab slowed functional decline by 27% after 18 months of treatment. The effects were observed across all domains of CDR, such as memory, orientation, judgment, community affairs, hobbies, and personal care. CDR-SB slope analysis found that lecanemab slowed disease progression by 5.3 months over an 18-month period. That is a 31% lower risk of progressing to the next stage of the disease, such as from mild cognitive impairment to mild dementia. In addition, there was a 37% slowdown on functional decline based on an activities of daily living scale, which is often more meaningful to patients and their families.5 It remains to be seen if longer treatment would continue to widen the gap in benefit for patients on lecanemab treatment versus those not receiving treatment.

Cerebral spinal fluid (CSF), and corresponding plasma Aβ42/40 ratio improvement, in the lecanemab treatment arm of the study, suggests early amyloid reversal effects. In the treated group, lowered p-tau 181 levels in the CSF and plasma, suggested that removing the amyloid plaque improved downstream tau phosphorylation, which is linked to the neurofibrillary tangle pathology of AD(6). Plasma GFAP, a marker of astrocyte activation, and CSF neurogranin, a marker of synaptic dysfunction, both improved significantly toward normal by the end of the trial.6

These findings suggest that lecanemab can modify AD by impacting both amyloid and tau pathologies that are linked to AD, and also other pathophysiological measures of neurodegeneration.

When trials for anti-amyloid monoclonal antibodies with positive readouts (aducanumab (Emerge), lecanemab (Clarity AD), donanemab (Trailblazer) are compared to trials with negative trial outcomes (aducanumab (Engage), gantenerumab (Graduate I), gantenerumab (Graduate II), there is a correlation between positive outcomes and reductions in amyloid load and also how low the amyloid load is reduced.1,3,5,7

A cutoff point for amyloid imaging positivity, 19 to 24 centiloid, has been reported, depending on the ligand used to measure the amyloid “load."8-10

The availability of these anti-Ab therapies in clinical practice calls for a redesign of our diagnostic care path from a current diagnosis of exclusion of AD to a more accurate diagnosis through the implementation of AD biomarkers. In other words, changing the concept from a pure clinical diagnosis to a biologically defined diagnosis.

Knowing Ab status before considering disease-modifying treatment of patients with Alzheimer’s disease will be critical.

The greatest challenge may be the incorporation of biomarkers in diagnosis and clinical care of AD. Currently nuclear imaging for Ab deposition, amyloid PET, and CSF biomarkers for Aβ, p-tau and total tau are used in a limited number of specialty care centers for AD diagnostic confirmation.

There are limited number of facilities with amyloid imaging capability and thus there are many efforts for coming up with new solutions to use fluid biomarkers instead of amyloid imaging. The plasma Aβ42/Aβ40 ratio shows a high concordance with amyloid PET with potential as a future test for screening for brain amyloidosis, but the effect size is smaller than what reported for CSF.11

There have been advances in the field of fluid biomarker, both CSF and plasma, which may be translated into clinical practice soon. The three most current studied plasma phosphorylated tau (P-tau) biomarkers in AD are p-tau 231, p-tau 181 and p-tau 217.12 These three show a significant increase not only in AD dementia patients, but also in mild cognitive impairment (MCI) and cognitively unimpaired (CU) with positive amyloid imaging.13-15 Plasma p-tau 217 seems to be specific for AD as it correlates with tau tangles in Alzheimer’s disease, but not in non-AD neurodegenerative processes.13

Blood-basedAD biomarkers are at new stages of validation and have been used as pre-screening for trials. That may change in the near futureas more validated blood-based biomarker tests become available and it maybe used in the primary care setting for earlier detection and proper referral to specialist.

With the availability of more validated plasma biomarkers, they may be used in detecting of probability of amyloid presence in the brain as a first step. In low probability cases, the diagnosis of AD would remain unlikely and further evaluation with amyloid imaging or CSF testing would not be needed. In a high probability group, based on these plasma biomarkers, there may not be a need for further CSF or PET imaging, prior to DMT therapeutic consideration. Further evaluation of imaging or CSF biomarkers would likely be needed in cases where the plasma markers are unclear or suggest intermediate risk. While very encouraging, the exact role of these various biofluid and imaging biomarkers of AD and their implication for diagnosis and DMT therapeutic guidance will require further study.

There is a lot of work to bring these new therapies to the proper patient population. This would include more infusion centers and selecting people who are more likely to benefit and be less likely to be affected by the side effects. It is important to consider that anti-amyloid immunotherapy intervenes on one component of the mechanisms involved in AD dementia development. The question to be determined is how much clinical effect we can expect from modifying one mechanism underlying AD pathology. Pre-symptomatic treatment and combination therapy with multiple additional disease-associated targets seem likely in the future.