An AAN session included presentations of research on the latest advancements and knowledge in neuromodulation for patients with these disorders. 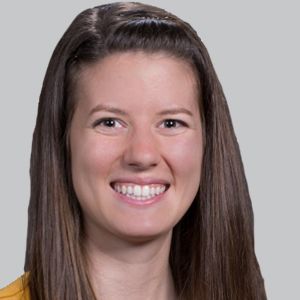 Ashley Guest, a PhD student at the University of Arizona Health Sciences, presented the first poster, which investigated the cellular and local network dynamics of neurons in the subthalamic (STN) when stimulated with DBS. Patients with Parkinson disease (PD) included in the study underwent neurosurgery for DBS electrode placement, but the results showed that DBS does not change the firing rate of neurons in the STN.1

The anesthesia used in the study was propofol. When asked whether the anesthetic choice may have an impact, Guest told reporters, “we cannot eliminate the influence of anesthesia on our studies, so at this point I can’t definitely say that it is playing a point. Our gut is that it is and in general, anesthesia dampens and slows down brain rhythm. We’re interested in repeating our studies in awake patients.”

Her and her colleagues also wrote that the data suggests that DBS acts at the network level because of the lack of effect of STN neuron firing and the changes in AP-LFP (left frontoposterior position) relationship.

Guest’s research was followed up by Lan Luo, MD, neurologist, Beth Israel Deaconess Medical Center. Luo et al evaluated whether stroke lesion locations disrupting gait and DBS sites improving gait in PD map to common brain circuit.2 The study derived a circuit connected to lesions associated with gait impairment in 109 patients with stroke and computed the regions functionally connected to each lesion location. Using voxel-wise t tests, researchers assessed the therapeutic relevance of this circuit by comparing it to 94 subthalamic DBS sites in patients with PD. They concluded that connectivity between lesion locations and a network of brain regions, including anterior cingulate, midbrain, and pons was significantly associated with gait impairment.

"Within the conjunction analysis, we took a more general picture of the gait dysfunction into our analysis, “Luo stated. “Some of the more heterogeneity was not accounted for.”

DBS continued to be a hot topic within this session, having long-term outcomes further analyzed in research presented by Jill L Ostrem, MD, FAAN, neurologist, University of California San Francisco. The study compared the 10-year clinical outcomes of patients with PD who receive DBS treatment in the STN compared to globus pallidus interna (GPi).3

Improvement in motor function compared to baseline was maintained over2, 7, and 10 years for GPi and STN, with a trend slightly favoring STN. The greatest reduction over time was seen in tremor subscales followed by rigidity subscales.

"In conclusion, this is the longest study evaluating 2 DBS targets in a randomized clinical trial,” Ostrem stated. “Our findings show that DBS has a significant and stable effect on some motor function, regardless of target over 10 years. I find this remarkable as PD is a progressive neurodegenerative disease and we can maintain or even improve upon some aspects over 10 years.”

Ostrem also noted that she hopes the results help clinicians and their patients with PD understand more about the effects of DBS therapy and what to expect long-term.

Localizing and understanding more about the targets of DBS and how it can impact patients has become more common topic within the neuromodulation space. Jerrold L Vitek, MD, PhD, professor and head, Department of Neurology, University of Minnesota, was the fourth presenter within the session and unveiled 4-year follow-up data from the prospective double-blind INTREPID trial (NCT01839396).4

Vitek and colleagues used Boston Scientific’s Vercise DBS system, which was FDA-approved in January 2020 and is capable of multiple independent current control (MICC). Analysis of the pre-specified end point, change in increased on time without troublesome dyskinesia, demonstrated a mean difference of 3.03 plus/minus 4.52 hours (P <.001) between active and control groups.

At 3-year follow-up, a 46% improvement in Unified Parkinson Disease Rating Scale (UPDRS)-3 scores and stable reduction in anti-parkinsonian medication were reported. “We didn’t use the directional lead; we used the 8 Contact Lead. What we did look at was a number of contacts that we used over time,” Vitek said in response to an audience question. “As you go from 3 months, 6 months, to a year, the number of contacts increased significantly. By the time we finished at 1 year, 41% of the programs were using more than 1 contact.”

The final presentation included data from a survey on behalf of the Parkinson Study Group (PSG) that evaluated the effects effects of the COVID-19 pandemic shutdown on DBS care and was presented by Mustafa S Siddiqui, MD, professor of neurology, Wake Forest School of Medicine. It included 23 PSG sites that had COVID-associated restrictions impacting DBS care that were put in place lasting 4 to 16 weeks.5

"This survey helps generate things for future research where we can look at all these factors and how remote DBS care can be given during any shutdown for that matter,” Siddiqui stated. He also noted that they did not take record of the alternative therapies that DBS patients may have reverted to due to these barriers caused by the pandemic.