Recent findings presented in a poster at the 2022 AES revealed that higher mortality and shorter lifespans were associated with patients with dementia who have active seizures. 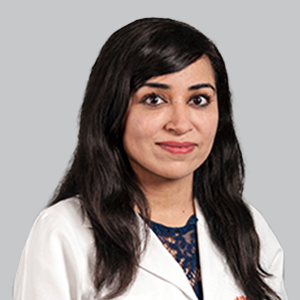 These study results were presented as a poster at the 2022 American Epilepsy Society Annual Meeting, held December 2 to 6, in Nashville, Tennessee, by Ifrah Zawar, MD, assistant professor of neurology at the University of Virginia. Additionally, the data showed that patients with dementia are at a higher risk of having active seizures if they have dementia onset at an early age, a history of a dominant Alzheimer disease mutation(OR, 5.55; P <.001), stroke (OR, 3.17; P <.001), transient ischemic attacks (OR, 1.72; P = .003), traumatic brain injury (OR, 1.92; P <.001), Parkinson disease (OR, 1.79; P = .025), active depression (OR, 1.61; P <.001), and lower education (OR, 0.97; P = .043). The findings suggest that the risk factors of patients with dementia might be considered for EEG in early identification and treatment of seizures to improve outcomes.

“We do know that there is a strong correlation between epilepsy and seizures and dementia. Epilepsy patients often experience cognitive decline, and similarly, dementia patients are at a high risk of developing seizures. The other thing that we know is that seizures are often associated with more severe cognitive impairment among dementia patients,” Zawar told NeurologyLive®.“And then more recently, over the past decade, some long-term EEG studies have shown that even the presence of subclinical epileptiform activity in the patients who do not have clinical seizures, or at least not known clinical seizures, even they manifest faster cognitive decline when they're followed up longitudinally.”

Patients were enrolled in the study between September 2005 to December 2021 and were eligible to participate if at initial visit they were diagnosed with cognitive impairment along with having active seizures within the past year or requiring active treatment, or no seizures. Patients were excluded if they had normal cognition at initial visit, had an unknown seizure status, or a history of remote seizures. The researchers compared cognitive, functional, and clinical status and mortality outcomes between those with and without seizures in the analysis.

“I personally think that the most important thing in clinical practice is to identify the patients who have ongoing clinical seizures because often, seizures tend to be subtle in patients with dementia or even elderly. Otherwise, they're not what we typically perceive seizures as like the shaking seizure. Often, patients may just have a slight blank stare, or some episodic confusion, which can be really hard to distinguish in the setting of ongoing cognitive impairment, which is just a part of dementia. I think the most important part of the care is to recognize seizures, and treat them early on, because seizure medications do work pretty well and we can, for most parts, control seizures in this patient population,” Zawar said.

The results showed with 26425 cognitively impaired patients at the initial visit, 374 (1.4%-point prevalence) had active seizures at baseline. Furthermore, the patients with seizures were significantly younger than (62.91 vs 68.4 years; P <.001) at the onset of cognitive decline. Also, patients with active seizures performed worse on Mini-Mental Status Examination (18.50 vs 22.88; P <.001), Clinical Dementia Rating-Sum of Boxes (7.95 vs 4.28; P <.001), and the functional assessment score after the adjustment for age and duration of cognitive decline. Notably, patients with seizures had a higher chance of having physical dependence (OR, 2.52; CI, 1.99-3.19; P <.001).

“The latest studies have shown some of the seizure medications that do work really well. In this patient population, I think those are some of the good advances because at least we know, to a certain degree, what medications we want to pick if we do see these patients who have seizures among the patients with ongoing dementia. I think the other advance that I really like is the association between subclinical epileptiform activity and the faster cognitive impairment. That tells us that there is an opportunity to intervene in this patient population,” Zawar noted.