Those with a history of status epilepticus, one of the identified factors associated with modified Atkins diet initiation, could be a target population for which to initiate this approach early. 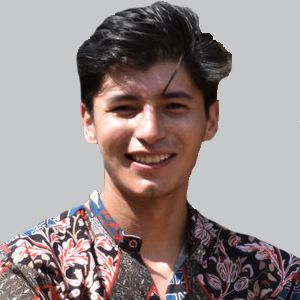 Factors such as the number of antiseizure medications, a lower age of epilepsy onset, and a history of status epilepticus were found to be associated with modified Atkins diet (MAD) initiation in adults with drug-resistant epilepsy (DRE), according to the findings of a recent study. Additionally, investigators concluded that chronic cases of DRE may be motivation for MAD initiation.

In an attempt to explore factors associated with MAD initiation, lead author Pedro J. Quiroga-Padilla, MD, general physician, Los Andes University, Colombia, and colleagues retrospectively collected data on 136 patients with DRE at least 16 years of age that failed at least 2 antiseizure medications (ASMs). After 22 patients were lost to follow-up, the clinical and demographic variables were compared between those who did (n = 52) and those who did not initiate MAD (n = 62).

The investigators identified 5 factors that were associated with MAD initiation. First, patients who tried the MAD had an average of 1 more ASM trial in life (P = .008) and an additional current ASM (P = .008). Furthermore, these patients had lower epilepsy onset age than those who did not initiate MAD (difference, 4 years; P = .006). There was a negative association between the presence of temporal-onset epilepsy and MAD trial (odds ratio [OR], 0.32; 95% CI, 0.12-0.88), while a history of status epilepticus increased the odds of a MAD trial by almost 4 times (OR, 3.89; 95% CI, 1.16-13.01). The 2 groups remained similar on all other demographic or clinical factors.

With regard to the findings, the study authors wrote, "those factors may be used in clinical practice to choose a pharmacological or dietary intervention for DRE in adults. In particular, history of status epilepticus may be an indicator to initiate the MAD early after DRE diagnosis. Further studies are required to define the validity of this strategy."

A subgroup (n = 38; 33.3%) of patients answered a questionnaire about their reasons to initiate, reject, discontinue, or continue a MAD trial. Lack of seizure control with ASMs was the main reason to try a MAD, while self-reported effectiveness and lack of effectiveness were the main drivers for both MAD continuation and discontinuation, respectively. Notably, improvements not related to a reduction of seizure frequency were also reasons patients continued on the MAD. Additionally, more patients were motivated to try a MAD when recommended by their physician, and diet restrictiveness was related to both MAD rejection and discontinuation.

To the best of the Quiroga-Padilla et al’s knowledge, this was the first study to formally assess demographic and clinical factors associated with beginning a MAD trial. They noted that it would be interesting to investigate if the quality of life is a stronger correlate of diet initiation.

There were some limitations to the study, including outcome measures that may be slightly different due to patient self-reporting. "Social factors may be important to determine MAD initiation rates as initiating the KD [ketogenic diet] comprises a significant dietary habit modification that may affect social interaction, but the present study design did not take social factors into account. In addition, a larger sample size might reveal significant effects for other clinical and demographic factors like sex," the study authors wrote.