Investigators concluded that despite the linear relation between plasma concentration and dose, monitoring of fenfluramine is clinically relevant due to its high interpatient pharmacokinetic variability. 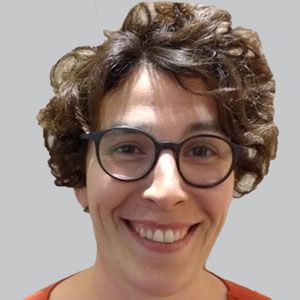 Venous blood samples collected from patients treated with fenfluramine (Fintepla; Zogenix), an FDA-approved antiseizure medication (ASM), showed that most plasma concentration levels are in the lower range (<50 µg/L), although a high interpatient and intrapatient variability was present.

Led by An-Sofie Schoonjans, MD, pediatric neurology fellow, Antwerp University Hospital, the study aimed at understanding more about the plasma concentration and pharmacokinetic variability of fenfluramine and its main active metabolite norfenfluramine (norFFA) in relation to the prevalence of adverse events (AE) in patients with refractory epilepsy treated with the medication.

A total of 321 blood samples retrospectively collected from 61 patients were included in the analysis. Liquid chromatography tandem spectrometric analysis was used to determine plasma fenfluramine and norFFA concentrations, while intrapatient coefficient of variation were calculated for all patients with at least 3 samples. Investigators calculated interpatient variability based on the concentration to weight-adjusted dose ratio (C/D) of all patients.

Of those included, 49 had Dravet syndrome (DS), 7 had Lennox-Gastaut syndrome (LGS), and 5 had a developmental and epileptic encephalopathy. Sampling was performed after a median interval of 4 hours after intake of fenfluramine. Schoonjans et al found that patients were using fenfluramine for a mean daily dose of 0.33 mg/kg/day (SD, 0.16), with median plasma concentrations of 41.4 µg/L (range, 5.1-712.5) and median norFFA concentration of 28.1 µg/L (range, 2.6-149.6).

The plasma concentrations observed in these patients were linearly related to the daily dose (P <.001) and norFFA levels (P <.001). As patients aged, the C/D of fenfluramine continued to increase (P <.001) but the absolute fenfluramine concentration did not change (P = .77). The metabolism of fenfluramine to norFFA did not change with age (P = .179). Schoonjans et al wrote that this may suggest "a higher clearance in children than in adults, comparable with most other ASMs. Children often received a higher daily dose in comparison with adults, because most adults received the maximum daily dose. Therefore, children and adults were exposed to comparable fenfluramine and norFFA plasma levels."

A separate analysis evaluating the interaction between concomitant antiseizure medications, including stiripentol (Diacot; Biocodex) was conducted. Here, investigators found that patients treated with stiripentol comedication had median fenfluramine C/D levels that were 428% higher (P <.001), norFFA C/D 83% lower (P <.001) and norFFA/fenfluramine levels 23% lower (P <.001). Schoonjans et al wrote that "in combination with STP [stiripentol], the dose of fenfluramine should be reduced."

Fenfluramine received FDA greenlight to treat patients 2 and older with DS in June 2020. Available as an oral formulation, the therapy includes a boxed warning for risk of valvular heart disease and pulmonary arterial hypertension. After showing high benefit in patients with LGS, Novartis submitted a supplemental new drug application in September 2021 to further extend fenfluramine’s indication. There is no set timetable on when they expect to hear a decision from the agency.