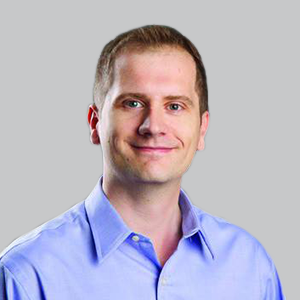 Investigator Marcus W. Koch, MD, PhD, associate professor, University of Calgary, and colleagues wrote that “we had the opportunity to investigate outcome measures beyond the EDSS and found that both the T25FW and the 9HPT had lower improvement rates, consistent with less measurement error, which would suggest that they are the more reliable outcomes. The reason for this difference between the EDSS and the T25FW and 9HPT may simply lie in the fact that both the T25FW and 9HPT are objective and quantitative interval-scaled measures while the EDSS is a graded categorical measure. This difference is also relevant for inter-rater and intrarater reliability, which is relatively low for the EDSS, but high for the T25FW and 9HPT.” 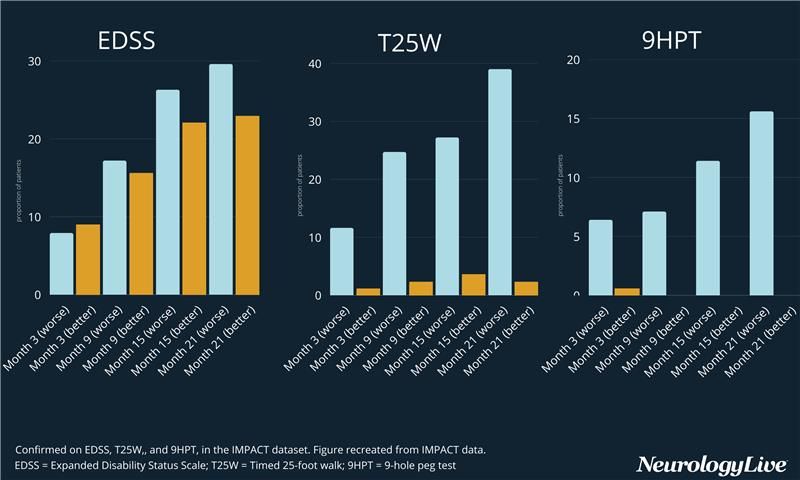 FIGURE. Percentage of Patients With Disability Progression and Improvement Confirmed at 3 Months in the IMPACT Database

“Finding better therapies for progressive MS remains a large unmet need. Clinical trials in SPMS will eventually identify effective treatment options, but such trials need to be well designed to deliver reliable results. Clinical outcome measures are the most patient relevant, and will therefore likely remain the primary outcome measures in RCTs. However, their reliability is not well researched. Further research into such outcome measures in existing original trial datasets and clinical cohorts of patients with SPMS and PPMS remains necessary to improve clinical trial design,” Koch and colleagues concluded.

Tomas Kalincik, MD, PhD, neurologist, Senior Research Fellow, Melbourne Brain Centre, Melbourne University, commented on the study in a related editorial and wrote that “the study... brings to our attention the error in measurement of disability outcomes by demonstrating an incongruence among 3 commonly used disability measures. At present, most clinical trials in progressive MS use confirmed change in EDSS score as their primary or key secondary outcomes. However, as the authors elegantly show, other, more reliable clinical outcomes are needed.”2