An analysis of MSBase data including more than 14,000 patients with MS suggests that disease-modifying therapies are effective in improving disability outcomes in relapsing disease. 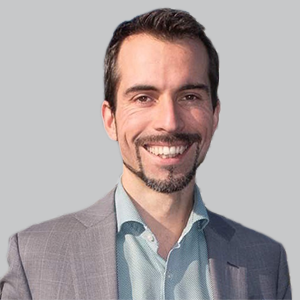 Study findings from an analysis of data from more than 14,000 patients with multiple sclerosis (MS) included in the MSBase registry offer class IV evidence that long-term exposure to immunotherapy prevents the development of neurological disability.

The authors, including Tomas Kalincik, MD, PhD, head, Clinical Outcomes Research (CORe) Unit, University of Melbourne, and head, Multiple Sclerosis and Neuroimmunology Service, Royal Melbourne Hospital, published their findings in the journal Neurology. They noted that despite the need for evidence of immunomodulation’s impact on MS-related disability, “conclusive evidence is still lacking, and it is unlikely that it will arise from randomized trials.” These data, they wrote, offer proof that disease-modifying therapies (DMTs) are effective in improving these outcomes in relapsing MS.

The data analyzed included disability outcomes for 14,717 individuals from MSBase who had follow-up for ≥1 year, with ≥3 visits, ≥1 visit per year, and exposed to MS therapy, as well as a subset of patients with ≥15-year follow-up (n = 1085). Kalincik and colleagues compared patients to untreated pseudo-cohorts. “Naturally, it is not possible to directly observe the outcomes of two mutually exclusive treatment decisions in a single cohort; therefore, we have utilized a counterfactual framework which uses a well-defined statistical methodology,” they wrote.

The most represented therapies were interferon beta and glatiramer acetate (59% of follow-up time), followed by natalizumab (Tysabri, Biogen; 5%) and fingolimod (Gilenya, Novartis; 4%). Those with ≥15 years of follow-up were exposed to immunotherapies for 63% of the time (median follow-up, 17 years). “The time on higher-efficacy therapies was relatively less represented in this cohort compared to the full cohort, as natalizumab and fingolimod have only become available in 2006 and 2011, respectively,” Kalincik et al noted.

“The results of our study are supported by a study of 5610 patients enrolled in the UK Risk Sharing Scheme, which showed, using Markov and multilevel continuous models, that treatment with interferon β or glatiramer acetate was associated with a 24% decrease in disability accrual over up to 6 years,” Kalincik and colleagues wrote, noting that another MSBase study of 2466 patients with MS also suggested that continuous exposure to interferon β or glatiramer acetate over 10 years was linked with slowed disability accrual.

“In early MS, accelerated recovery from previously accrued disability can be observed early after commencing immunotherapy,” Kalincik and colleagues wrote. “Therefore, sustained, long-term immunotherapy from [the] early stages of MS is advisable as a strategy to preserve patients’ neurological capacity over the long-term.”