Approved under the accelerated approval pathway, the current indication for lecanemab states the company must provide phase 4 study evidence to confirm the agent’s effect in Alzheimer disease. 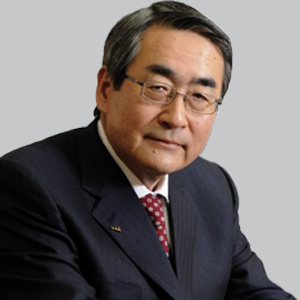 On the same day the FDA approved Eisai’s antiamyloid therapy lecanemab (Leqembi) for patients with early Alzheimer disease (AD), the company announced it had submitted a supplemental biologics license application (sBLA) supporting the conversion of the accelerated approval of the agent to a traditional approval. The sBLA for the therapy is based on data from the phase 3 confirmatory Clarity AD trial (NCT03887455).1

Accelerated approval is used to allow earlier approval of therapies that treat serious conditions and fill and unmet medical need based on a surrogate end point. Drug companies are still required to conduct phase 4 studies to confirmed the anticipated clinical benefit of the therapy. Designed as a humanized immoglobulin gamma 1 (IgG1) monoclonal antibody, lecanemab was approved under this pathway based on a phase 2 study known as Study 201 (NCT01767311), which demonstrated the drug’s significant effect on reducing amyloid-ß in the brain.

"We deeply appreciate the cooperation of people living with Alzheimer's disease and healthcare professionals who participated in LEQEMBI's Phase 3 Clarity AD clinical study, which enabled us to submit this sBLA. Alzheimer's disease causes significant impairment and burden to both the people living with this disease and their families, as well as having a profound impact on society," Haruo Naito, chief executive officer, Eisai, said in a statement.1

Clarity AD, an 18-month, phase 3 trial that followed Study 201, further demonstrated lecanemab’s effect in early AD. Published in the New England Journal of Medicine, this trial included 1795 participants with evidence of amyloid on PET or by cerebrospinal fluid. All told, the study met its primary end point of change in Clinical Dementia Rating-Sum of Boxes (CDR-SB) score, with lecanemab-treated patients demonstrating a statistically significant 27% reduction over an 18-month treatment period.2

Naito added, "The fact that Eisai was able to file LEQEMBI's supplemental Biologics License Application for traditional FDA approval on the same day we received accelerated approval demonstrates our commitment to the Alzheimer's disease community and is a major step forward in ensuring access for all those in the U.S living with this disease in need of this medicine. We will continue to actively cooperate with the FDA's review."1

A recent congressional investigation report on Biogen’s aducanumab and the FDA’s approval process recommended Biogen to fulfill their responsibility for individuals who rely on their treatments.

Recently, in December 2022, Eisai initiated submission of data for BLA to the National Medical Products Administration of China. The company also has plans to file for marketing authorization applications of lecanameb in Japan and the European Union by the end of Eisai’s FY2022, which ends March 31, 2023. When lecanemab was approved, it became the second antiamyloid in its class, joining aducanumab (Aduhelm; Biogen), which gained approval through the accelerated approval pathway in June 2021.

In terms of safety, amyloid-related imaging abnormalities-edema/effusion (ARIA-E) rates of 12.5% in lecanemab-treated patients were within what was previously observed. Symptomatic ARIA-E occurred at a rate of 2.8% in the lecanemab group and 0.0% in the placebo group. Events of ARIA-E with lecanemab were mostly mild to moderate (91%) based on central reading of imaging with the use of protocol definitions. There were 3 patient deaths throughout the study, including 1 most recently reported in early January 2023. The case was of a 65-year-old man participating in the open-label extension who experienced acute intracerebral hemorrhage after using tissue plasminogen activator to treat ischemic stroke.