A recent congressional investigation report on Biogen’s aducanumab and the FDA’s approval process recommended Biogen to fulfill their responsibility for individuals who rely on their treatments. 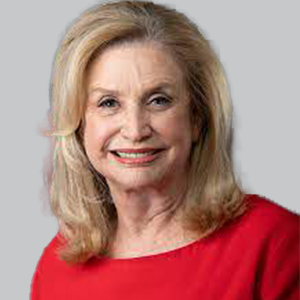 Recently, a report was released on aducanumab (Aduhelm; Biogen) from the House Committee on Energy and Commerce which documented how both the FDA and Biogen unfairly collaborated to have the drug approved and priced high in the market. Based on the findings, the committee produced recommendations for the FDA to advise how to restore trust in the people in the agency’s processes for drug safety and efficacy.1

The report documented at least 115 meetings, calls, and emails between Biogen and the FDA over 12 month period beginning in July 2019. Furthermore, stated in the report were at least 66 interactions that were not properly recorded. Above all, the report highlighted Biogen’s high price for the therapy, which stands at $56,000 per year.

Chairwoman Carolyn Maloney, Committee on Oversight and Reform and the Committee on Energy and Commerce, said in a statement, “One of my top priorities as Chair of the Committee on Oversight and Reform is ensuring that the American people have access to effective and affordable medications. The number of patients and families impacted by Alzheimer’s disease will continue to increase, and it is crucial that FDA and drug companies adhere to established procedures and conduct themselves with the transparency necessary to earn public trust.”1

The FDA lacked a clear record of meetings between the agency staff and Biogen, interactions were “atypical,” as well as failed the documentation protocol of the agency, according to the report. A joint briefing document showed that Biogen had an advance on the insights into the FDA’s decision as some sections were drafted by the FDA and found inappropriate collaboration. The FDA used an accelerated pathway for the approval of aducanumab after a three-week review period.

“I am hopeful these findings are a wake-up call for FDA to reform its practices and a call to action to my Congressional colleagues to continue oversight of the pharmaceutical industry to ensure they don’t put profits over patients,” Maloney added.1

The FDA approved a broad label indication for aducanumab despite the lack of clarity on clinical data of disease stages. Biogen accepted the broad indication and set a price aimed at maximizing revenue, according to the report. According to the internal company documents, Biogen was aware of the financial burden of aducanumab for Medicare and its burden on patients. Additionally, Biogen planned to spend billions on the marketing of aducanumab despite the financial impact it had on patients and the health care system.

After years of failed drug development, the thoughts of disease-modifying therapies for Alzheimer disease are starting to become real.

Chairman Frank Pallone, Committee on Oversight and Reform and the Committee on Energy and Commerce, said in a statement, “This report documents the atypical FDA review process and corporate greed that preceded FDA’s controversial decision to grant accelerated approval to Aduhelm. While we all support the search for new cures and treatments to address devastating diseases like Alzheimer’s, we must ensure that expediency does not take precedence over protocols that ensure the independence and scientific rigor of FDA.”1

“Patient safety and drug efficacy must remain at the core of our nation’s pharmaceutical regulatory review process. FDA must continue to take corrective actions to re-earn the trust of the American people, and Biogen and other pharmaceutical manufacturers must also learn from the issues outlined in this report and implement our recommendations to place the well-being of patients over profits,” he added.1

Aducanumab was approved on June 7, 2021, by the FDA despite a lack of recommendation for approval from the advisory committee and concerns raised internally from experts on the drug’s inconsistency in clinical data. Additionally, several FDA advisory committee members resigned in protest after the drug’s approval. Although since the drug approval, it has been a challenge for patients and industry leaders to gain coverage for aducanumab.

Biogen terminated its phase 4 ICARE-AD trial of aducanumab in June 2022 based on the national policy for coverage and was expected that there would be limited prescriptions for the drug in clinical practice which made the trial not feasible to continue. Also, months prior to the termination of the trail, Biogen withdrew to market aducanumab for Alzheimer disease treatment in Europe.