The investigational Ionis and AstraZeneca treatment showed clinically meaningful changes in serum TTR concentration and modified Neuropathy Impairment Score +7 measures. The companies intend to file an NDA based on the findings of the NEURO-TTRansform study. 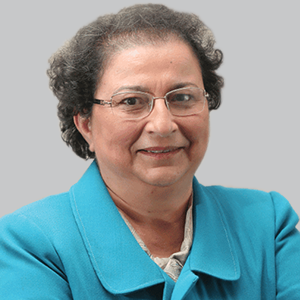 New data presented at the International Symposium on Amyloidosis (ISA) in Heidelberg, Germany, suggest that the phase 3 NEURO-TTRansform study (NCT04136184) of eplontersen (Ionis, AstraZeneca) was positive, with the investigational treatment for hereditary transthyretin-mediated amyloid polyneuropathy (ATTRv-PN) demonstrating significant changes for the coprimary and secondary end points compared with placebo.1

Originally noted in a June 2022 announcement of the topline findings from this interim analysis, the companies reiterated their declared intention to file a new drug application (NDA) to the FDA for eplontersen to treat ATTRv-PN.2

"Eplontersen showed clinically meaningful improvement in neuropathy impairment and quality of life measures relative to baseline. The significant efficacy, combined with a favorable safety and tolerability profile, indicate that eplontersen has the potential to be an important therapeutic option for patients living with this debilitating and fatal disease," study investigator Teresa Coelho, MD, neurologist and neurophysiologist, Hospital Santo António, Centro Hospitalar Universitário do Porto, in Portugal, said in a statement.1 Coelho presented data from the interim analysis at ISA.

NEURO-TTRansform also met the key secondary end point, change from baseline in the Norfolk Quality of Life Questionnaire-Diabetic Neuropathy (Norfolk QoL-DN), which suggested that treatment with eplontersen significantly improved patient-reported quality of life compared with the external placebo group (P <.0001). Ionis noted that these data are consistent with the clinical profile that has been observed in its other Ligand-Conjugated Antisense (LICA) platforms.

As for safety, eplontersen treatment showed a favorable safety and tolerability profile, as the rate of treatment emergent adverse events (AEs) in the treatment group was lower or similar to the placebo group across all major categories. There were no reported treatment-emergent AEs of special interest leading to drug discontinuation.

"The promising results from NEURO-TTRansform show that eplontersen had a positive impact on disease progression and improved quality of life in a substantial number of patients. We are excited about the potential for delivering a new treatment option to patients living with this relentless and devastating disease," Eugene Schneider, MD, executive vice president and chief clinical development officer, Ionis, said in a statement.1

If approved, the oral fixed-dose coformulation of sodium phenylbutyrate-taurursodiol will become the third medication to receive an FDA greenlight for ALS.

Previously, the treatment, formerly known as IONIS-TTR-LRX, was granted an orphan drug designation, and is also being evaluated in the phase 3 CARDIO-TTRansform study (NCT04136171) assessing it in the treatment of amyloid transthyretin cardiomyopathy (ATTR-CM), a systemic, progressive and fatal condition that leads to progressive heart failure and death within 4 years of diagnosis.