Evaluating the Prevalence of Stigma in Epilepsy, Effectiveness of Screening Tools and Interventions

Joan K. Austin, PhD, RN, FAAN, commented on this issue within the field, discussing key findings from 2 recent reviews completed by the International League Against Epilepsy Task Force on Stigma in Epilepsy. 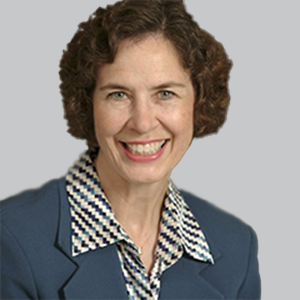 Stigma remains a prevalent issue for patients with epilepsy, affecting multiple factors of daily living, including school, work, social relationships, marriage, and family life. Two recent studies delved into this issue, the first of which was a systematic review of felt and enacted stigma and the second of which was a systematic review of screening instruments and interventions to address stigma in epilepsy. Both were reported by the International League Against Epilepsy (ILAE) Task Force on Stigma in Epilepsy, which was enacted to address stigma as a larger concern for this patient population.1,2

The review evaluating the beliefs about epilepsy concluded that felt and enacted stigma had similar implications across different regions worldwide, and while some progressive improvements have been made in these beliefs, there are still areas for improvement when it comes to these attitudes and understandings.1 Similarly, the review evaluating screening instruments and interventions found a limited amount of stigma–reduction intervention studies in epilepsy, noting that investigators should attempt to develop existing tools rather than starting from scratch.2

To better understand this issue for patients with epilepsy, we sat down with Joan K. Austin, PhD, RN, FAAN, Distinguished Professor Emerita, Indiana University School of Nursing, who was part of the ILAE Task Force, coauthoring the review on felt and enacted stigma and leading investigators on the review of screening instruments. Austin provided an overview of study findings, shedding light on how and why stigma persists in the space.

NeurologyLive®: How does stigma affect the field of epilepsy for patients and providers? What are some of those specific stigmas?

Joan K. Austin, PhD, RN, FAAN: Stigma has long been a concern to people with epilepsy, and our literature review showed that stigma contributes to impaired quality of life and people with epilepsy. We found that it contributes to a range of problems, including depression, anxiety, fewer social opportunities, and reduced educational and employment status. For example, people with epilepsy are more likely to be unemployed or underemployed than people without epilepsy. In children and adolescents, perceptions of stigma are associated with increased anxiety, depression, fewer social activities, poorer self-esteem, and poorer academic achievement.

We looked at felt stigma, which is the person with epilepsy feeling stigmatized by others, and this is especially negative for quality of life. Felt stigma leads to feelings of shame, self-pity, inferiority, and it's just a sense of being a burden to other people. People often report that others are afraid of them or afraid to be around them because of seizures, and up to 1 in 3 people with epilepsy say that the stigma is worse than having seizures. So, it was surprising to us that we also found that, even when people had been seizure-free for a year or more, they still felt embarrassed about having epilepsy. Regarding the health care provider, I see them as being indirectly affected, because people with epilepsy are at higher risk for some of these additional health problems. The health care provider finds themselves not only treating the epilepsy and thinking about the epilepsy, but also addressing the social and mental health problems. It makes it a little more [of a] complicated clinical experience.

There are 5 areas where stigma generally occurs: school, work, social relationships, marriage, and family. At school children report being bullied, being excluded from social events, and being avoided by their peers. At work, in our review, we found examples of when people with epilepsy disclose to potential employers that they had epilepsy, that they were less likely to get the job. Also, people with epilepsy who were employed would report that they were passed over for promotions because of the epilepsy. So that's some ways that it effects employment. Social relationships are also reduced. For example, general population teens reported that they were less likely to date someone who had epilepsy. Lastly, in our review, we found that some families concealed the epilepsy diagnosis and even withdrew the family member from the treatment center to avoid concerns about stigma. Now, I will say that this family concealment was more of a problem in some regions of the world than in others.

What were the motivations behind the study?

Because stigma is such an important problem in the field of epilepsy, the International League Against Epilepsy created a task force and gave us the charge to review the literature on stigma in epilepsy. It was an international in scope, we have 20 investigators throughout the world—physicians, sociologists, psychologists, nurses—who studied stigma in epilepsy. That taskforce was chaired by Dr. Nathalie Jette, and we did a comprehensive review of the literature on stigma from 1985 through November of 2019. We placed no restrictions on region or language, except articles needed to have an abstract in either English or French. We reviewed 2 each—4234 abstracts were reviewed. And then we narrowed it down to 893 articles that were also dually reviewed, until we ended up with 358 articles for the final review. So, you can see it was quite comprehensive. We divided these articles into 4 areas, attitudes, and felt and enacted stigma. There were 210 papers and attitudes, 132 In stigma, then tool and measurement instrument development, there were 38, and then interventions 30. And so, we published 2 papers, and our overall goal was to identify what is known about stigma on epilepsy, what are the gaps in the field, and what future work is needed to reduce stigma and to help people who are coping with stigma in their everyday lives?

What were the key findings?

One key finding of the review was that stigma varies widely, both across world regions and within the regions. One study assessed stigma across the entire European [Union], and what they found was over half of the people said that they felt stigmatized. However, when they looked within the individual countries, they found that the rates vary quite a bit, with the lowest being in Spain, 32%, and the highest being in France, 66%. Another key finding of the review was that misconceptions and negative attitudes about epilepsy were present regardless of the type of respondent, whether it was general population, teachers, students, or health care professionals, or the type of country—low resource or high resource. A good example of this is people in the general population report that they would object to their child marrying someone who had epilepsy, but likewise, we also found that teachers and health care workers agree that they would not want their child to marry someone with epilepsy. When we looked at factors associated with perceptions of epilepsy in the general population, the lack of familiarity with epilepsy and lack of knowledge about epilepsy were strongly related to stigma. But in people with epilepsy, felt stigma was associated more with early onset of epilepsy, more recent and frequent seizures, younger age, less education, and lower socioeconomic status.

One of our major findings was that there's a relatively large number of measurement instruments to measure stigma. Many were developed with established methods and have good reliability and validity, and we found that these tools were developed for people who did not have epilepsy, so for the general public, family members, even professionals, [and] for people who had epilepsy, for both children and adults, and we found tools that could be used in research. We also found tools that were good for providers, in that they were brief, and they could be used to screen someone in the clinic. For example, one of the best developed tools is only 3 items, and it simply asks people with epilepsy whether they felt that because of the epilepsy, that people were uncomfortable with them, treated them as being inferior, or preferred to avoid them—so this tool is something that could be used by providers.

Our recommendation was, [while]all of these tools can always use additional testing, we have some really good tools that have been developed using established methods. And so, our recommendation is, if you're going to start to do research in this area, or if you're going to do something in the clinical setting, take a look at the instruments that already exist, rather than creating a new one and starting over.

Were any findings surprising in any way?

One finding that was surprising is how few studies addressed the development of interventions and programs to combat stigma. You think, 'Okay, stigma is really a big problem in epilepsy, and yet only 30 of the 358 articles in the review addressed interventions.' This is a major gap in the literature. Moreover, the studies evaluating interventions were weak, in that they didn't do a good job of evaluating how well the interventions worked. One of the issues is that they tended to develop a scale on their own without looking at what was already in the literature and all those instruments that are already developed, so those were rarely used in the few interventions that were done. When we did a quality assessment on the intervention studies, we rated 21 of the 30 as having poor quality, 6 had fair quality, and only 3 were rated as having good quality. So, most of the studies were poorly designed, and we really don't know, of the few interventions that have been developed, how well they would work because they were not adequately tested.