Evobrutinib Paves the Way for BTK Inhibitors in Multiple Sclerosis

On the heels of successful long-term data, evobrutinib seeks to maintain its high efficacy in 2 pivotal phase 3 clinical trials. 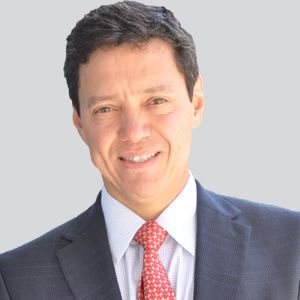 Fernando Dangond, MD, MBA, therapeutic area head of global clinical development in neurology and executive medical director at EMD Serono, told NeurologyLive®, “The novelty of the BTK inhibition pathway is that it tackles 2 important cells that have been involved in the pathobiology of MS––B cells and myeloid cells––without directly affecting T cells. It decreases the ability to produce cytokines in B cells.”

The trials—evolutionRMS 1 (NCT04338022) and evolutionRMS 2 (NCT04338061)––are multicenter, randomized, parallel-group, double-blind, double- dummy, active-controlled studies comparing evobrutinib and teriflunomide in adults with relapsing MS (FIGURE). Originally, the investigators intended to evaluate the study drug against interferon β-1A, but switched the comparator to teriflunomide after EMD Serono saw an opportunity to evaluate the drug in an even head-to-head comparison. 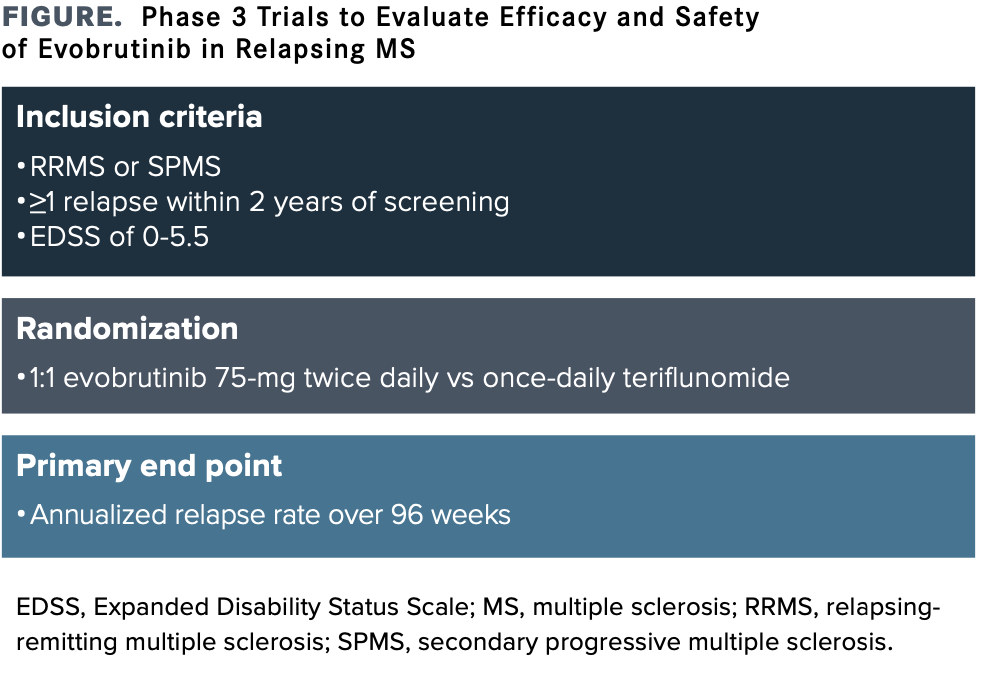 “When we saw that the efficacy of the 75-mg dose was so high, we reconvened and decided that we could switch to another oral comparator, which would be more attractive for those interested
in enrolling because the drug would be going up against an already approved oral agent,” Dangond said.

Eligible patients must be diagnosed with relapsing-remitting or secondary progressive MS with relapses and have an EDSS score of 0 to 5.5 at screening and baseline, and have 1 or more documented relapses within the 2 years prior to screening.

"We saw early on that there was an effect on annualized relapse rate. This is what we see with the most potent agents and [disease-modifying drugs] out there in the market,” Dangond said.

Across a cohort of 213 patients, the drug was considered well tolerated and maintained its known safety profile over the open-label extension period. Transient elevated liver aminotransferases, which investigators reported in the 48-week double-blind period, were not observed in the extension.2

“We are now in a competitive arena,” Dangond said. “Multiple companies want to bring their BTK inhibitors to MS after we were the first to demonstrate that there’s efficacy in MS. We are doing our best to recruit as fast as we can.”

2. New late-breaking data at EAN indicate evobrutinib is the first BTK inhibitor to report efficacy and safety in MS over 108 weeks. News release. EMD Serono; May 23, 2020. Accessed May 26, 2020. https://biospace.com/article/releases/new-late-breaking-data-at-ean-indicate-evobrutinib-is-the-first-btk-inhibitor-to-report-efficacy-and-safety-in-ms-over-108-weeks