A greater proportion of those treated with EVT had modified Rankin Scale scores of 0-3 at 90 days and NIHSS improvements of at least 8 points or more at 48 hours, relative to standard medical therapy. 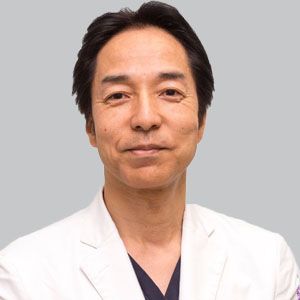 Current US stroke guidelines recommend endovascular therapy (EVT) to treat small-to-moderate infarction, and now new data have suggested that use of EVT in addition to standard medical therapy is effective for patients with large ischemic regions, or severe stroke. Compared with those who received standard medical therapy alone, the combination of treatments resulted in fewer physical limitations or challenges 90 days after the stroke.1,2

This Japanese-based study, presented at the 2022 International Stroke Conference (ISC), February 9-11, in New Orleans, Louisiana, was the first randomized controlled trial to show that EVT may be effective and lead to better outcomes for people with more brain areas affected by stroke. At the conclusion of the study, EVT was found to increase favorable outcome, defined as scores of 0-3 on modified Rankin Scale (mRS), by 2.43 times more than medical therapy alone in patients with large vessel occlusion (LVO) with large ischemic regions.

"I have often encountered a dramatic improvement in a patient just after the mechanical clot removal procedure, even when the infarction area was large," lead author Shinichi Yoshimura, MD, PhD, professor of medicine, Hyogo College of Medicine, said in a statement. "Yet, patients sometimes also experienced severe hemorrhagic transformation [a life-threatening complication that occurs when blood from outside the brain crosses the blood-brain barrier and worsens stroke outcome] after the artery was reopened. So, in Japan, our stroke physicians are always cautious about endovascular therapy when the infarction area is large."1

The American Heart Association’s (AHA) guideline currently recommends EVT for acute LVO when patients meet all the criteria: pre-stroke mRS score 0 to 1, occlusion of ICA or proximal MCA, at least 18 years of age, National Institutes of Health Stroke Scale (NIHSS) at least 6, Alberta Stroke Program Tomography Scale (ASPECTS) score of at least 6, and treatment can be initiated within 6 hours of symptom onset.3

A total of 202 patients from 45 hospitals in Japan who presented with stroke and had ASPECTS score between 3-5 were randomized 1:1 to either EVT (n = 100) or no EVT (n = 102). Most patients (71%) were examined and had MRI imaging or CT scan within 6 hours after stroke symptoms were first noticed. Strokes were all considered severe, as indicated by a median score of 22 on NIHSS.

"Our findings confirm that anyone who suffers from stroke should be transferred to a medical facility capable of endovascular therapy as soon as possible. The benefit of endovascular therapy is not limited by the severity or region of a stroke. These patients may have the chance to more fully recover from stroke and go back to their previous lives and activity levels," senior author Takeshi Morimoto, MD, PhD, MPH, professor of medicine, Hyogo College of Medicine, said in a statement.1

"The finding of more intracranial bleeding in the patients who received endovascular therapy is very important. However, there were hemorrhages with symptoms and some that caused no symptoms," Morimoto added. "The hemorrhages with no symptoms were detected on imaging conducted for this study in the endovascular treatment group, not in the standard practice group. Symptomatic intracranial hemorrhage still occurred more commonly among patients in the endovascular group, however, it was not a statistically significant difference from the standard care group."1

Morimoto and his colleagues are continuing investigations that identify factors that might signal which patients may benefit more from EVT. He also added that tools, devices, or rehabilitation methods that may improve the likelihood for similar patients to recover with less disability should be examined.