Results from the retrospective chart review were presented at the 2020 International Stroke Conference, held in New Orleans and virtually. 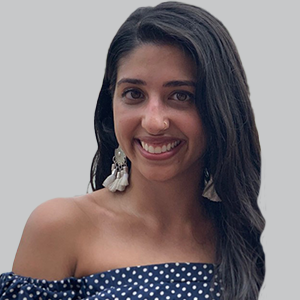 A lower dose of ticagrelor (Brilinta; AstraZeneca) was found to be safe and effective in a small cohort of patients resistant to clopidogrel (Plavix; Sanofi) per P2Y12 testing, according to data presented at the 2022 International Stroke Conference (ISC) 2022, February 9-11, in New Orleans, Louisiana. Clopidogrel-resistant patients in the study also had increased risk of ischemic or hemorrhagic strokes,as a result of neurovascular pathologies and implants.1

Investigators, led by SonamThind, NP, Neuro-Endovascular Surgery,University of Chicago Medicine, performed a retrospective chart review between 2013 and 2017. Included charts were for patients on dual antiplatelet therapy (DAPT) for either cervical or intracranial vascular pathologies, in addition to stenting of the neurovasculature, including carotid arteries. A total of 39 patients were included in analyses, with a mean number of 532 days for follow-up post-treatment initiation. The P2Y12 test was used to measure patients’ responsiveness to ticagrelor.

Eight patients (21%) received implantation of intracranial stents, 5 of whom received pipeline embolization devices, 2 of whom received intracranial stents for atherosclerotic disease, and 1 of whom received stent assisted coiling. Fourteen patients (35%) received carotid angioplasty and stenting, and 17 patients (44%) did not receive permanent implantation of a stent. All of those who received a lower dose of ticagrelor of mg BID were responsive as per the P2Y12 test. One hemorrhagic transformation of ischemic stroke was reported for 1 patient (2.5%), but there were no other hemorrhagic complications. Additionally, 1 patient (2.5%) with intracranial atherosclerotic disease reported an ischemic event, but there were no other thromboembolic events recorded.

If patients’ measured PRU responses to clopidogrel were outside of the expected range at investigators’ center, per the P2Y12 test, they were placed on ticagrelor. One patient received 22.5 mg BID, but the remaining 38 patients were maintained on a dose of 45 mg BID.

“There is a growing use of ticagrelor in patients undergoing neuroendovascular procedures, especially those who demonstrate clopidogrel resistance,” Thind et al wrote.“While multiple dosages are studied in the cardiology literature, the optimal dose for patients with neurological pathology has yet to be established. Here we describe a single center experience involving 39 patients who underwent neuroendovascular procedures that then received an adjusted lower dose of ticagrelor.”

A separate meta-analysis found no statistically significant difference of recurrent stroke or death at 90 days using DAPT approach of either ticagrelor and aspirin or clopidogrel and aspirin, but both approaches were found to be superior to aspirin alone. Investigators used data from 5 randomized clinical trials that enrolled patients with acute minor ischemic stroke or transient ischemic attack who were treated with either 2 DAPT interventions within 72 hours of symptom onset, with a minimum follow-up of 30 days. Of the 22,098 patients included in the analysis, 5517 (24.9%) of which were on clopidogrel and aspirin, 5859 (26.5%) treated with ticagrelor and aspirin, and 10,722 (48.5%) on aspirin alone. At the end of the study, investigators concluded that both clopidogrel and aspirin (HR, 0.74 [95% Crl, 0.65-0.84]) and ticagrelor and aspirin (HR, 0.79 [95% Crl, 0.68-0.91]) were superior to aspirin alone in the prevention of the primary end point, although there was no statistically significant difference between the 2 treatment arms themselves (HR, 0.79 [95% Crl, 0.78-1.13]).2