Exploring the Burden of Cerebrovascular Disease in Virginia

Located in the “Stroke Belt” of the US, Virginia presents a unique perspective on the interplay of social, ethnic, and cultural implications on population health. 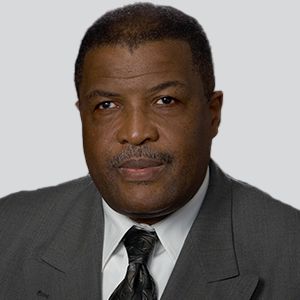 The state of Virginia is in the eastern mid-Atlantic region of the continental United States and is considered part of the US “Stroke Belt.” The Stroke Belt includes states in the southeastern part of the country including, Virginia, North Carolina, South Carolina, Tennessee, Georgia, Alabama, Arkansas, Kentucky, Louisiana, and Mississippi. This area of the country has a significant social, ethnic, and cultural divide accentuating the relevance of the educational and economical status of the population and the country.

The Stroke Belt region has a much higher rate of incidence, prevalence, and mortality related to cerebrovascular disease (CVD). For more than 40 years, the Centers for Disease Control and Prevention (CDC) has recognized that the Stroke Belt population has at least twice the risk of CVD when compared to populations of similar age and sex from other regions of the country.1 It is important to remember that even if one moves from the region as a young adult, his or her risk of cerebrovascular accidents (CVA) remains higher than someone not born or raised in the region.

The longitudinal Reasons for Geographic and Racial Differences in Stroke (REGARDS) national population-based study from 2003 to 2007 collected data from white and black adults 45 years and older.2 REGARDS showed evidence of unique risk factors for both white and black participants in the Stroke Belt population when compared with the rest of the country.

In this review, we concentrate on the impact of CVA in Virginia and the characteristics affecting the diverse geographic regions of the state.

As of 2015, about 3% of the total state population has had a stroke and is living with the long-term consequences of a stroke.4 In general, stroke mortality has declined around the world. From 1999 to 2015, stroke mortality in the US declined from 60.0 per 100,000 to 37.6, seemingly in correlation with advances in management of risk factors and acute treatment of CVA via both medical and interventional modalities of care.4 However, the stroke-related death rate has slightly increased from 36.2 in 2013 (lowest in the prior 15 years) compared to 37.6 in 2015.4

In Virginia, stroke was responsible for the death of 4110 residents in 1999 compared with 3278 in 2013, equivalent to a 20.2% decline in mortality according to the Virginia Health Statistics.4

When compared to the rest of country outside of the Stroke Belt region, the age adjusted mortality rate per 100,000 Virginians was 42.1 compared with 39.1 in the rest of the country in 2010. These findings correlate well with the higher incidence and prevalence of CVA in Virginia; notably, the disproportion remains when comparing the northern and southern regions of the state.4

Virginia’s majority population remains white, but the state statistics racial breakdown reports a slight decline in the white population from 77.4% in 2000 to 69% in 2010, while the black population has increased from 18.8% to 19.4% during the same period.3

The largest city in the state is Virginia Beach, followed by Norfolk and Richmond. The least populated county in the state is Highland County with 2321 residents in 2010, estimated population of 2210 in 2018, pending 2020 census results. The Commonwealth of Virginia is divided into 95 counties with 38 independent cities that are considered county equivalent for census purposes.3 Martinsville, Virginia is one of the independent cities in the state. Martinsville is ranked number 3 nationwide for incidence of mortality due to CVA.4

Mecklenburg County population was 30,892 in 2016, with a population density of 49 per square mile, ranking as the 56th most populated county in the Commonwealth, geographically located in the south-central area of Virginia bordering North Carolina. The county’s population reflects that of the rest of the Commonwealth; 63.2% white, 35.3% black, 0.4% American and Alaska natives, 1.1% Asian or Pacific Islander.3

Mecklenburg County ranks 10th in the Commonwealth in the incidence and prevalence of CVA which parallels the dominant risk factors in the population regardless of the active engagement of the community educating and treating patients before and after events.4

The Virginia Department of Health documents statewide regionality and variability in the distribution of CVA in Virginia. The age adjusted death rate (older population worse) secondary to CVA is much higher in the southern and southeastern areas of Virginia with mortality rates twice as high than in the northern districts of the state (FIGURE). The same situation is documented in relation to hospitalization, rehabilitation, and disability related to CVA.4

Carlos A. Williams, MD, is assistant professor of neurology, MCV Physicians, at Virginia Commonwealth University Health Systems and is owner and practitioner at Commonwealth Neuro Specialists in South Hill, Virginia.

2. REGARDS study. University of Alabama at Birmingham. Accessed May 6, 2020. https://www.uab.edu/soph/regardsstudy/