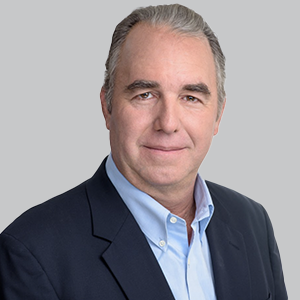 According to an announcement, the FDA has approved an expanded indication of Insightec’s Exablate Neuro platform to include the treatment of both sides of the body in patients with essential tremor (ET).1

The device, which uses focused ultrasound (FUS) waves, was originally approved for the treatment of medication-refractory ET in 2016, and later received approval for tremor-dominant Parkinson disease (PD) in 2018. The new approval allows appropriate patients to have their second side treated at least 9 months after treatment of the first side.

"This FDA approval is a very important milestone for us and demonstrates our unwavering commitment to expanding the treatment options for people living with essential tremor," Maurice R. Ferre, MD, chief executive officer and chairman of the Board of Directors, Insightec, said in a statement.1 "It's very common for patients who've benefited from tremor reduction from the first side treatment to ask about having the second side treated. This approval paves the way for them to do that."

The basis for the new indication came from a 51-patient cohort study that spanned 7 academic medical centers in the US over a 6-month period. There, investigators observed significant reductions in tremor in the second side of patients immediately following treatment with Exablate, which was sustained through at least 6 months of follow-up. Notably, these findings were consistent with the first side treated. In the study, there was a significant improvement in functional disability and the safety profile was similar to the first side, with the majority of adverse events being mild in nature.

Using a helmet-shaped ultrasound inducer, the Exablate Neuro device also has adjustable advanced focusing algorithms to ensure beams converge at the desired target on the patient’s skull. The process is performed on an outpatient basis in an MRI suite, with treatment guided by MR imaging. The initial FDA approval, granted in 2016, made Exablate Neuro the first FUS device to receive approval for the treatment of medical-refractory ET with noninvasive MR-guided FUS thalamotomy.

"We are happy to have an option for patients with essential tremor to ultimately receive focused ultrasound treatment on both sides of the brain,” Michael G. Kaplitt, MD, PhD, professor and executive vice-chair of neurological surgery, New York Presbyterian Hospital-Weill Cornell Medicine, said in a statement. "The investigators are working with Insightec to share the full results of the study with the professional community in an academic publication to further help practitioners guide their patients going forward."