The approval was based on results from the phase 3 HELIOS-A study, which showed that vutrisiran met its primary end point of change in modified Neuropathy Impairment Score + 7 over a 9-month treatment period. 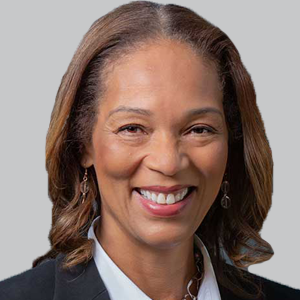 After the FDA first extended its review by an additional 3 months, the agency approved Alnylam’s investigational subcutaneous RNA interface therapy vutrisiran, marketed as Amvuttra, for the treatment of transthyretin-mediated (ATTR) amyloidosis.1

The RNAi therapeutic administered once every 3 months was approved based on positive 9-month results from the phase 3 HELIOS-A study (NCT03759379). Results from the study showed that the treatment met the primary end point of change from baseline in the modified Neuropathy Impairment Score (mNIS+7) at 9 months (P <.001). Additionally, vutrisiran achieved statistically significant results (P <.001) on secondary measures such as the Norfolk Quality of Life Questionnaire–Diabetic Neuropathy (Norfolk QoL-DN) and timed 10-meter walk test (10-MWT) as compared with historical placebo results.2

"Today, Amvuttra has the potential to change the standard of care for people living with the polyneuropathy of this devastating disease,” Yvonne Greenstreet, MBChB, chief executive officer, Alnylam Pharmaceuticals, said in a statement.1 “As the fifth RNAi therapeutic developed by Alnylam to receive regulatory approval in less than four years, we believe Amvuttra represents an important milestone that brings us one step closer to achieving our P5x25 goals aimed at Alnylam’s transition to a leading biotech company."

HELIOS-A was a global, open-label, multicenter study that evaluated 164 patients with hATTR amyloidosis who were randomized 3:1 to either 25 mg of vutrisiran (n = 122) or 0.3 mg/kg of patrisiran (Onpratto; Alnylam) (n = 42) via intravenous infusion once every 3 weeks for 18 months. The efficacy of vutrisiran was assessed by comparing the results of the drug relative to placebo in HELIOS from the landmark APOLLO phase 3 study of patisiran, a randomized controlled study in a comparable patient population.

In HELIOS-A, vutrisiran demonstrated an encouraging safety profile, with 2 study discontinuations (1.6%) from adverse events by month 9, both due to deaths, but neither considered related to the study drug. There were 2 serious AEs (SAEs), consisting of dyslipidemia and urinary tract infection, that were deemed related to vutrisiran by the study investigator. Diarrhea, pain in an extremity, fall, and urinary tract infections, each of which occurred at a similar or lower rate than historical placebo, were among the treatment-emergent AEs occurring in 10% or more of patients.

Gait speed, measured by the 10-MWT, decreased by a mean of 0.024 m/s from baseline to 18 months in the vutrisiran group, resulting in a mean increase of 0.239 m/s relative to placebo. These patients also had a 25.0-point mean increase (denoting improvement) in mBMI from baseline, whereas those in the external placebo group demonstrated a 115.7-point mean decrease. Disability, measured by Rasch-built Overall Disability Scale scores, was decreased by 1.5 points in the vutrisiran group from baseline, compared with a 9.9-mean decrease in the external placebo group, resulting in an 8.4-point mean increase relative to placebo.3

"The FDA approval of Amvuttra is very encouraging for the hATTR amyloidosis community, who need additional therapies to address the polyneuropathy of this progressive, life-threatening, multisystem disease,” HELIOS-A study investigator Michael Polydefkis, MD, MHS, professor, Johns Hopkins University, said in a statement.1 "Amvuttra is a new therapeutic option that has demonstrated the potential to halt or reverse polyneuropathy progression in patients with an acceptable safety profile, along with an infrequent, subcutaneous dosing regimen that may also help to improve the disease management experience for patients."