The hATTR amyloidosis treatment demonstrated an encouraging safety and tolerability profile, with a new drug application submission expected to come this year. 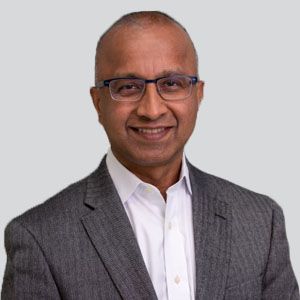 The company plans to use the positive data in their submission of a new drug application (NDA) for vutrisiran to the FDA in early 2021, and to follow up with regulatory filings in additional countries, such as Brazil and Japan.

Results from the study showed that the treatment met the primary end point of change from baseline in the modified Neuropathy Impairment Score (mNIS+7) at 9 months (P <.001). Additionally, vutrisiran achieved statistically significant results (P <.001) on secondary measures such as the Norfolk Quality of Life Questionnaire–Diabetic Neuropathy (Norfolk QoL-DN) and timed 10-meter walk test (10-MWT) as compared to historical placebo.

"We believe that vutrisiran, as a low-dose, once-quarterly, subcutaneously administered therapy, has the potential to be a highly attractive therapeutic option for patients living with this progressive, life-threatening, multi-system disease,” Akshay Vainshnaw, MD, PhD, president, R&D, Alnylam, said in a statement.

Vutrisiran demonstrated an encouraging safety profile, with 2 study discontinuations (1.6%) from adverse events (AEs) by Month 9, both due to deaths, but neither considered related to the study drug.

Five patients (5.1%) reported an injection site reaction (ISR), all of which were mild and transient. Notably, there was no clinically significant changes in liver function tests (LFTs).

"Indeed, the vutrisiran results from HELIOS-A now serve as a second example of the potential for RNAi therapeutics to have a meaningful impact for patients, showing the ability to halt and potentially even reverse polyneuropathy manifestations of the disease,” John Maraganore, PhD, chief executive officer, Alnylam, said in a statement.

The HELIOS-A phase 3 open-label study enrolled 164 patients with hATTR amyloidosis with polyneuropathy and randomized them 3:1 to receive either 25 mg vutrisiran (n = 122) via subcutaneous injection once every 3 months or 0.3 mg/kg of patrisiran (n = 42) via intravenous infusion once every 3 weeks for 18 months.

Researchers compared the efficacy results of vutrisiran in HELIOS-A to historical placebo control data from the APOLLO phase 3 study (NCT01960348), which evaluated the efficacy and safety of patisiran in a patient population similar to that studied in HELIOS-A.

Patients who completed the 18-month study period were eligible to receive vutrisiran for an additional 18 months as part of an open-label extension.

"We look forward to presenting the full 9-month results from HELIOS-A at a medical meeting in early 2021 and to announcing additional 18-month results, including additional exploratory cardiac endpoint data, in late 2021,” Vainshnaw added.

In April, the company announced that the FDA granted vutrisiran fast track designation for the treatment of polyneuropathy with hATTR amyloidosis in adults.2

Vutrisiran is also being evaluated against placebo in the ongoing HELIOS-B phase 3 clinical trial (NCT04153149) in patients with ATTR amyloidosis with cardiomyopathy. The composite primary outcome of that trial, which has a target enrollment of 600 participants, is all-cause mortality and recurrent cardiovascular hospitalizations at 30 months.