After Reata Pharmaceuticals submitted an analysis from the MOXIe extension study of the investigational agent as part of the NDA submission, the FDA extended the PDUFA date to February 2023. 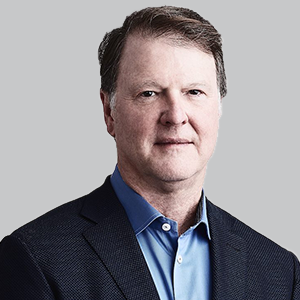 The FDA has communicated to Reata Pharmaceuticals that it has extended the review period for the company’s new drug application (NDA) for omaveloxolone, an investigational agent for the treatment of Friedreich ataxia, as a result of newly submitted supportive data. The Prescription Drug User Fee Action date has been moved 3 months, and is now set for February 28, 2023.1

Reata announced the move in a recent release, noting that it had submitted an updated delayed-start analysis from the phase 2 MOXIe extension study (NCT02255435) that featured a data cut-off of March 2022, as well as a new propensity-matched analysis of the findings using patient data from the Clinical Outcome Measures in Friedreich’s Ataxia Study, and an analysis of the relevance of omaveloxolone’s target pathway, Nrf2. The company had submitted these data after a midcycle communication meeting with the FDA, at which time the agency raised concerns about the NDA. The resulting changes warranted a major amendment, and thus, prompted the extension.

“We are pleased with the FDA’s decision to review the new information we recently provided to the Division,” Warren Huff, chief executive officer, Reata, said in a statement.1 “We remain committed to our goal of working with the FDA to secure regulatory approval for omaveloxolone as quickly as possible for patients with this severe disease that has no approved therapies.”

The NDA was originally accepted for review in May 2022, with the submission supported by the efficacy and safety data from part 2 of the MOXIe trial and additional supporting data from part 1 and its extension.2 Omaveloxolone previously received fast track designation in November 2021 and a rare pediatric disease designation the same month as the NDA’s submission.

Earlier this year, at the 2022 Muscular Dystrophy Association (MDA) Clinical and Scientific Conference, March 13-16, in Nashville, Tennessee, findings from the delayed-start period of the MOXIe extension study were presented by Sub H. Subramony, MD, professor, department of neurology, University of Florida College of Medicine, that supported the positive primary end point findings from part 2 of the pivotal MOXIe trial.4

In that presentation at MDA, data showed that when comparing mFARS scores between both groups, investigators found that the difference at the end of the placebo-controlled MOXIe Part 2 study, which was –2.25 points (SD, 1.07; P = .037), was preserved at the conclusion of the delayed-start period, at –3.51 points (SD, 1.45; P = .016). In the open-label extension, the annualized mFARS slope for patients in the placebo-to-omaveloxolone group was 0.45 points (SD, 0.38), which was similar to the omaveloxolone-to-omaveloxolone group, at 0.27 points (SD, 0.59). Investigators noted that both slopes were less than the expected +1.9 points per year that had been observed in natural history data. For patients in the omaveloxolone-to-omaveloxolone group, they continued to show no worsening in mFARS scores when compared with their original baseline score through 120 weeks of treatment.