In addition to demonstrating significant differences in slowing functional decline, those on gamma sensory stimulation also demonstrated a significant reduction in brain atrophy relative to the sham group in the OVERTURE study. 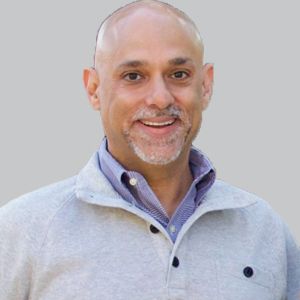 After preliminary results from the phase 2 OVERTURE study (NCT03556280) confirmed the safety of Cognito Therapeutics’ at-home gamma sensory stimulation device in patients with Alzheimer disease (AD), new data have uncovered more about the cognitive and functional benefits patients receive from this therapy.1

Originally announced at the 2021 Alzheimer’s Association International Conference (AAIC), the treatment group had a final mean adherence of 90.2% (±13.3) compared with the sham group, which had a final mean adherence of 90.2% (±9.0). The difference was not significant, according to an independent two-tailed t-test (P = .14). When given the option to participate in a 12-month extension of the study, 60% of the participants opted to enroll.

In subanalysis of this trial, patients (n = 22) who received gamma sensory stimulation showed significantly reduced nighttime active periods, in contrast, to deterioration in sleep quality in those on sham over a 24-week treatment period (both P <.03). The average night-time period was 7.23 hours for the treatment group and 7.64 hours for the sham group. The difference between the second 12-week period and the first 12-week period was in the order only of a couple of minutes. Specifically, the difference was –2.65 minutes for the treatment group and 2.07 minutes for the sham group.3

At the time, Brent Vaughan, MBA, chief executive officer, Cognito Therapeutics, said in a statement, “the improvements we have now reported in nighttime sleep for patients with Alzheimer’s, provide further support for our mechanism of disease modification in this patient population. This is a significant milestone, and we look forward to expanding upon our clinical validation in our pivotal study in Alzheimer’s disease."2