Findings presented at AAIC 2021 found that long-term, daily treatment with non-invasive stimulation was both safe and well-tolerated in patients with Alzheimer disease. 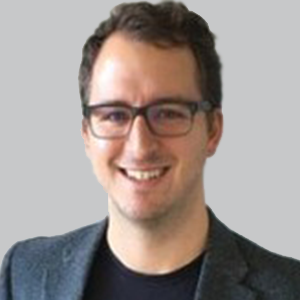 A gamma sensory stimulation device, developed by Cognito Therapeutics, was found to be safe for self-administration at-home for patients with mild to moderate Alzheimer disease (AD), according to data presented by Martin Williams, BS, at the 2021 Alzheimer’s Association International Conference (AAIC), July 26-29. The investigators discussed the high daily adherence rate (90%) with the system, which uses noninvasive, visual and auditory gamma (40 Hz) sensory stimulation.

Following clinic EEG to confirm gamma entrainment and device calibration, the study enrolled a total of 74 subjects, participating in the 6-month treatment study and randomized 2:1 into treatment and sham groups. The treatment group had a final mean adherence of 90.2% (±13.3), compared to the sham group, which had a final mean adherence of 95.9% (±9.0). The difference was not significant, according to an independent two-tailed t-test (P = .14). When given the option to participate in a 12-month extension of the study, 60% of enrolled participants opted to reenroll.

Additional data from the phase 2 study, dubbed OVERTURE (NCT03556280), showed that gamma frequency neuromodulation over the 6-month period reduced nighttime active durations and maintained daytime activities in this patient population. Nighttime active durations in the treatment group were shown to be significantly reduced in the second 3 months compared to the first 3 months, with the opposite observed in the sham group.

“Our results presented at AAIC 2021 demonstrate that our unique neurophysiological medicine approach can affect disease modification by improving memory, cognition and functional symptoms while also reducing brain atrophy, the brain volume loss seen with Alzheimer’s progression,” Brent Vaughan, chief executive officer, Cognito Therapeutics, said in a statement.2 “The improvements we have now reported in nighttime sleep for patients with Alzheimer’s, provide further support for our mechanism of disease modification in this patient population. This is a significant milestone, and we look forward to expanding upon our clinical validation in our pivotal study in Alzheimer’s disease.”

Previous studies have shown gamma sensory stimulation is effective for clearance of β-amyloid plaques and tau angles, as well as cognition improvement in preclinical AD models. Levels of adherence were tracked by the device, which was used in the home for 1-hour sessions. To evaluate safety of the device, subjects were monitored for adverse events (AEs) and underwent physical exams, as well as MRIs. When reviewing the latter, neuroradiologists noted an absence of amyloid-related imaging abnormalities and stable readings from baseline to follow-up.

The technique of evoking gamma oscillations in humans has not been previously evaluated in patients with AD. The use of gamma frequency sensory stimulation has also been studied in relation to sleep, cognition, and mild cognitive impairment for patients with differing levels of AD.